Rumor: Ryzen 4000 Zen 3 CPUs Could Use TSMC 5nm Node As AMD Goes For The Jugular 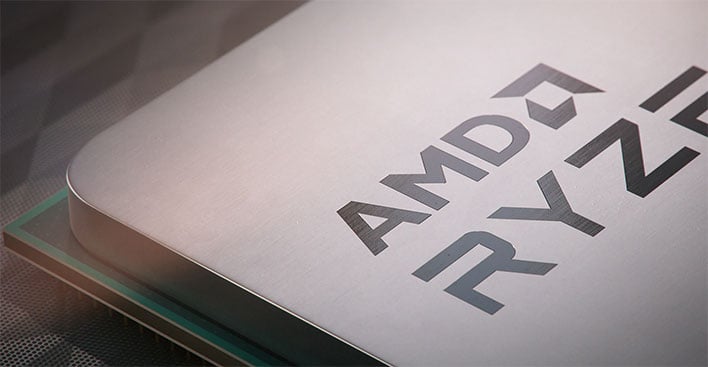 Every indication up to this point is that AMD's upcoming Zen 3 CPUs will be based on an enhanced 7-nanometer manufacturing process, with Zen 4 seeing an eventual shift to 5nm. But what if that was not the case? What if AMD decided to shake things up and jump straight to 5nm with its next round of CPUs instead, in pursuit of continued process leadership over rival Intel? That would certainly be something.
On the desktop, Intel is still coaxing as much performance as it can out of its 14nm node, with 10nm silicon only showing up on mobile so far (like Ice Lake). This includes its latest round of processors, Comet Lake-S, which represents yet another iteration of 14nm. While there is more to the underlying technology than the label of the node, Intel CEO Bob Swan said in October of last year that the company is "investing to recapture process leadership going forward." It was a tacit admission that AMD had leapfrogged Intel.
This is where things get interesting. Twitter user @chiakokhua, a "retired engineer and businessman," posted a translation of a Chinese-language Digitimes report on the topic.

"Rumor has it that AMD and TSMC have adjusted their foundry blueprints. The Ryzen 4000 series of desktop processors originally expected to launch at the end of 2020 will no use TSMC's enhanced 5nm process (5nm Plus) instead of 7nm EUV, clearly demonstrating that AMD is now considered a tier-one customer for TSMC," the report continues.
The report goes on to state that this will "put unprecedented pressure on Intel," and if the rumor is true, we have to agree. Whether the rumor is based in reality, however, is the million dollar question here.
If it is true, this would likely affect when Zen 3 launches. We could be looking at early to mid-2021, depending on how quickly TSMC can shift mass production to 5nm+. If looking for a reason to believe the rumor, we can point to the upcoming Zen 2 refresh (Ryzen 9 3900XT, Ryzen 7 3800XT, and Ryzen 6 3600XT). This would buy AMD some time, and with the Coronavirus pandemic disrupting all sorts of industries, delays have become common practice anyway.
Still, this one is probably a long shot. Changing nodes near the final hour is not a simple matter of flipping a switch. But hey, it makes for a juicy rumor and some fun speculation.