Sitting just a little off in the distance is a new graphics architecture from AMD, which will power both next-gen game consoles (Xbox Series X and PlayStation 5) and a refreshed line of PC graphics cards. We are of course talking about RDNA 2. This is what will power 'Big Navi', the unofficial name of AMD's next burly GPU, but what comes after that? Well, the first developer beta for Apple's macOS Big Sur apparently contains multiple references to a GPU that could be underpinned by RDNA 3.
Apple unveiled Big Sur during its recent Worldwide Developers Conference (WWDC) event, along announcing that it is embarking on a two-year transition phase to replace Intel CPUs in its Mac with in-house silicon based on ARM. That makes the discovery of references to a future AMD graphics chip all the more interesting.
Rogame, a frequent leaker on Twitter and founder of HardwareLeaks, spotted the references during the "limited time" he spent with the Big Sur beta. What he uncovered with six new PCI IDs pointing to Navi 22 and Navi 23 parts, and the most interesting nugget, several references to "Navi 31" throughout AMD's driver package.
Have a look... 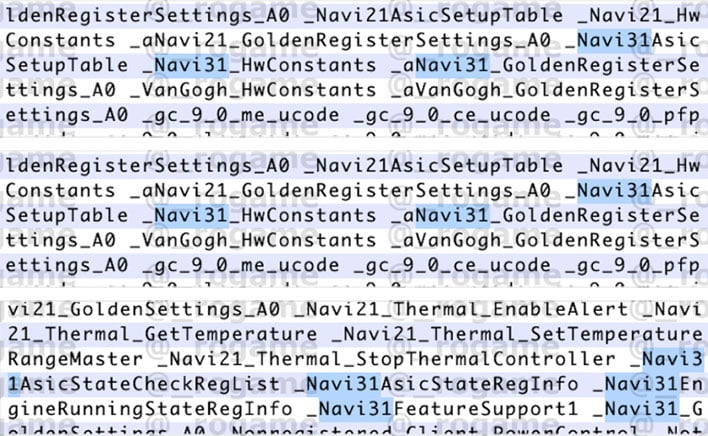 It is very possible that Navi 31 is a reference to AMD's eventual RDNA 3 architecture. How exactly does that fit into Apple's plans, though? Even though Apple is moving away from x86 CPU hardware, Tim Cook said there are still some new Intel-based Macs on the horizon. We could also see a lot more between now and when the shift is complete. 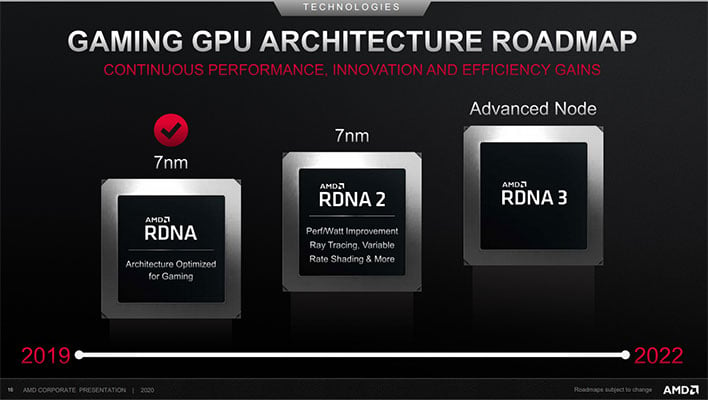 According to AMD's own roadmap, RDNA 3 will arrive next year. The company has not really said anything significant about RDNA 3, other than to indicate that it is on track and will be manufactured on an "advanced node." If we had to guess, RDNA 3 will mark a shift to 5 nanometers, as that is what Zen 4 (also on track for a 2021 release) will be manufactured on, barring a change of plans.
We don't know quite what to expect out of RDNA 3 yet. RDNA 2 will bring hardware support for real-time ray tracing, and there has been much hype that it will deliver top tier performance when it arrives. Will RDNA 3 offer new features? We will have to wait and see.