It doesn't matter which graphics card you own, chances are, there's a driver update available that is tuned for Marvel's Guardians of the Galaxy. We wrote about NVIDIA's 'Game Ready' 496.49 WHQL driver update just a little bit ago, but if you own a Radeon graphics card, don't fret—there's a new Radeon Software Adrenalin Edition driver update available as well (version 21.10.3).
AMD's driver team put in work optimizing the latest GPU driver package to wring more performance out of Guardians of the Galaxy, which dropped today, versus the standing pat on the previous driver version. Not just a small bump, either—AMD is claiming that updating to the latest driver alone will boost performance by up to 21 percent. To quote Bubbles, "Decent!"

That's probably a best-case scenario, and it applies specifically to Radeon RX 6900 XT and Radeon RX 6800 XT owners who play the game at a 4K resolution, with the settings cranked up to Ultra. Still, that's impressive if the claim holds true.
Likewise, AMD is promising a big bump in performance in Age of Empires IV as well. According to the release notes, Radeon RX 6800 XT owners will see up to 48 percent better performance at 4K and with Max settings. That's a huge gain for just a driver update.
Meanwhile, the driver package is also optimized for Riders Republic and the devilish 6.66 update for Doom Eternal. 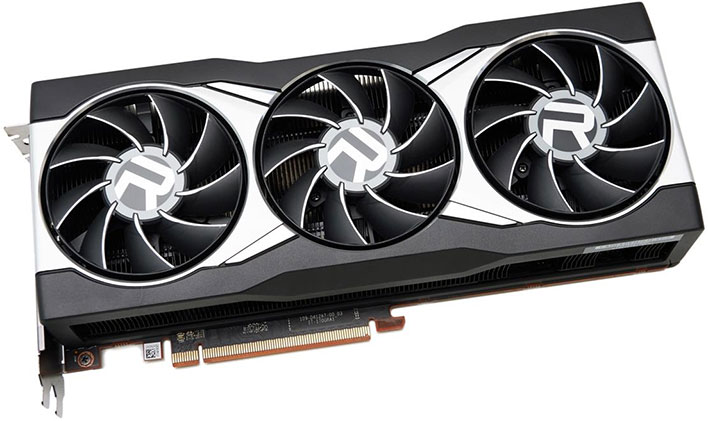 As driver updates usually go, this one brings with it a few bug fixes. Apparently AMD is still wrestling with black screen issues, and the 21.10.3 is supposed to improve things further. It also restores the CPU Tuning feature on systems where it went missing, as was prone to happen on some Ryzen 9 5950X setups.
Here's the full list...
You can grab the latest Adrenalin driver update from AMD's Radeon Software utility, or head to AMD's driver download page for a manual installation. As for Guardians of the Galaxy, it's available on Steam for $59.99.