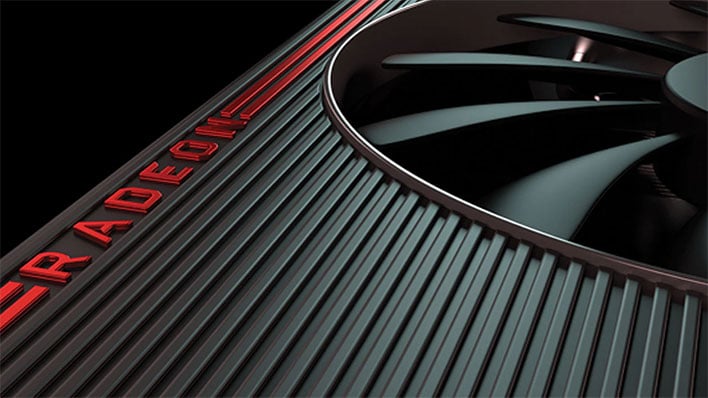 This is shaping up to be a big year in GPUs. Intel is gearing up to launch its first discrete GPU of the modern era, NVIDIA recently announced its next-generation Ampere GPU (which will find its way into gaming graphics cards), and AMD is prepping a round of Navi GPUs based on its RDNA 2 architecture. As it pertains to the latter, a fresh leak purportedly offers up some interesting details.
To recap, RDNA 2 is being injected into Microsoft's Xbox Series X and Sony's PlayStation 5 consoles, which are slated to arrive later this year. In addition, RDNA 2 will land on PC as well. Rumor has it RDNA 2 will offer a major performance uplift over RDNA 1, and it's been confirmed at least some of the GPUs will feature hardware support for real-time ray tracing.
We don't have any concrete specifications to digest yet, though the folks over at HardwareLeaks posted some information about Navi 21 and Navi 10.

Navi 21 is what has also been referred to as Big Navi. According to the leak, it will feature up to 80 compute units (CUs) with 5,120 streaming processors, a die size in the neighborhood of 505mm2, and 50 percent better performance per watt.
There will supposedly be four versions for the PC gaming market. They include...
At least a couple of these will find their way into the professional graphics sector, according the leak. Those will be the Navi 21 Pro-XT (upgrade to the Radeon Pro W5700X) and Navi 21 Pro-XL (upgrade to the Radeon Pro W5700). In addition, Apple is reportedly adopting Navi 21, likely for its iMac, iMac Pro, and Mac Pro systems.
In short, Navi 21 is slated to power AMD's higher end graphics cards, and perhaps bring parity (hopefully) to NVIDIA's top-tier offerings.

Apparently AMD is also planning to refresh its Navi 10 GPUs. To be clear, these will still be based on AMD's current generation RDNA architecture. That said, they would presumably offer a little bit better performance, and maybe better power efficiency to boot.

The leak lists three Navi 10 GPU refreshes. They include...
There is some overlap on what tier graphics cards all these allegedly new GPUs cover, but summed up, the refreshed Navi 10 GPU stack is said to replace certain mid-range models (and the 5700 XT, if you want to consider that high-end), while Navi 21 GPUs will be outright upgrades focused mostly on the high-end.
Of course, this is all unsubstantiated info, so take it all with a grain of salt.