It's been a few years since NVIDIA announced its first foray into making a real-time ray tracing GPU. Since that initial announcement, games engines, software developers, and even physics researchers have presented us with some amazing representations of simulated light in a relatively realistic output.


Of course, not to be left behind, AMD has its own ray tracing, which it calls path tracing. Functionally the idea is the same. A light source will trace a path in all directions and will cast a shadow where appropriate. We've seen RTX features show up in games like Minecraft, Doom, Quake II, and Half-Life. Thanks to an AMD researcher Dihara Wijetunga, we are looking at returning to yet another classic dipping its toes into the sweet lighted goodness of path tracing. 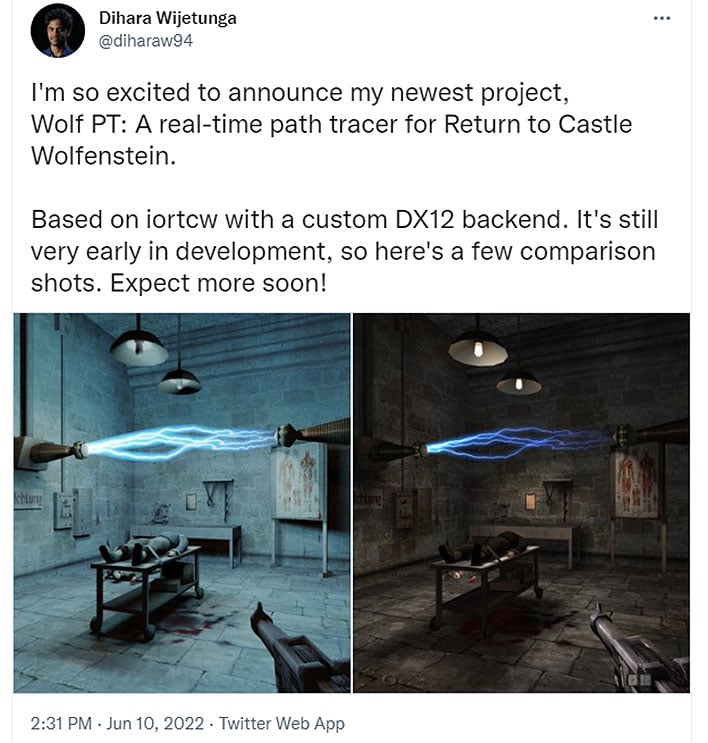 
Although Wijetunga looks to be utilizing a DX12 modified version of the open source code known as iortcw he is calling Wolf PT, the original Return to Castle Wolfenstein was built on a modified id Tech 3 engine. That same engine was also the engine used for Quake 3, so maybe we'll see a path traced Quake 3 in the future too. Though it would be speculation at this time it does make sense that, at some point, there may be Vulkan support. Additionally, this seems to be a labor of love project by one person, whether it sees the light of day is hard to say for certain. Still, it's cool to look at how much lighting like this can change the feel of a game. 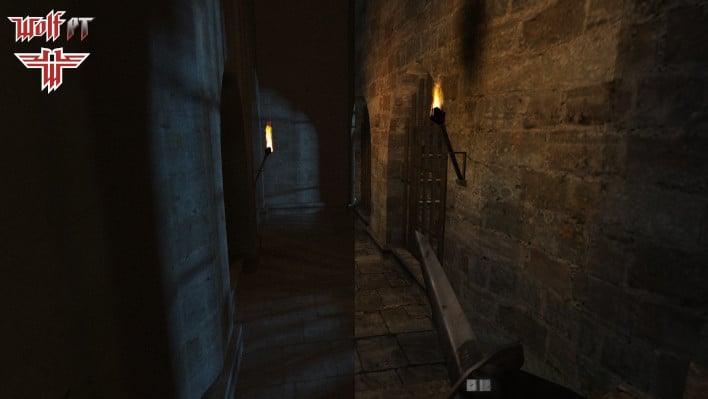 
We also have to wonder, though, at Microsoft's involvement in things like Minecraft RTX with NVIDIA, and its recent plans to acquire Activision-Blizzard, who own the rights to Wolfenstein. Is it possible that at some point we see Microsoft stepping in to improve and re-release these classics with upgrades like this in the future? We sure hope so.