The computing and gaming industries have had their fair share of tropes over the years. Such as in the late 2000's when "Will it run crysis?" was asked of any computing device put on the market upon the release of a hardware-punishing title. But few games tropes are as prolific as "Can you put Doom on it?"


We've seen the genre-defining title put onto one of the world's smallest handhelds, shown on an oscilloscope, on a TI-83+calculator, and ported to every console imaginable (just do a quick YouTube Search for "Doom on"). Newer versions, like Doom Eternal, have even ended up on refrigerators through some game-streaming trickery and display output fiddling.

The coolest news about id Software's Doom today, though? The almost 30-year-old game has had a facelift! Thanks to the work of a Github user, Sultim Tsyrendashiev, we now have a ray-traced enabled fork of PrBoom. This allows anyone who has a legitimate copy of a Doom to load their favorite classic shooter and enjoy lovely reflections care of their ray tracing capable graphics cards! If you don't have a ray tracing capable GPU, you can drool over it with the YouTube so nicely put together by Sultim to display his technical feats.


PrBoom is a popular open-source emulator that can load good old-fashioned Doom wad files. It, and many forks of it, have been used in numerous projects, like the PINKY Adafruit project, and a whole host of others. It allows the user to load in any compatible WAD file, a popular file format that housed basically almost all of the actual gameplay information and visual data for levels. Sultim, our developer, has even ever so nicely included DLSS libraries too if you feel so inclined. 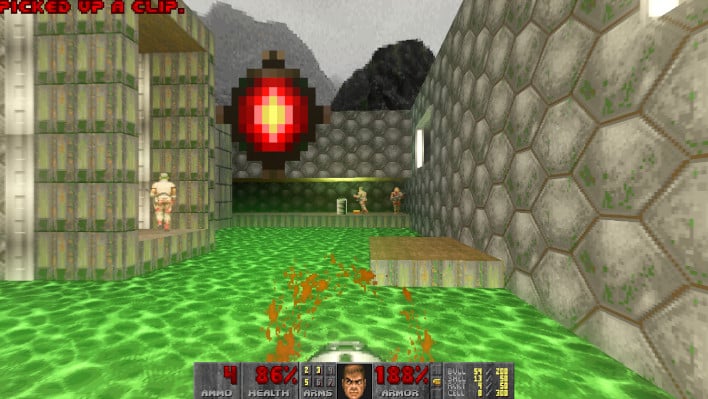 While used in Hexen, Heretic, and Doom II, of course, this particular instance of PrBoom only works with an original Doom 1 WAD or Shareware file. We tried. That said, based on how many other emulators that handle loading up Doom wad files also support those it would not be a far cry to see it be implemented at some point in the future, if not from Sultim, someone else. Here's hoping!