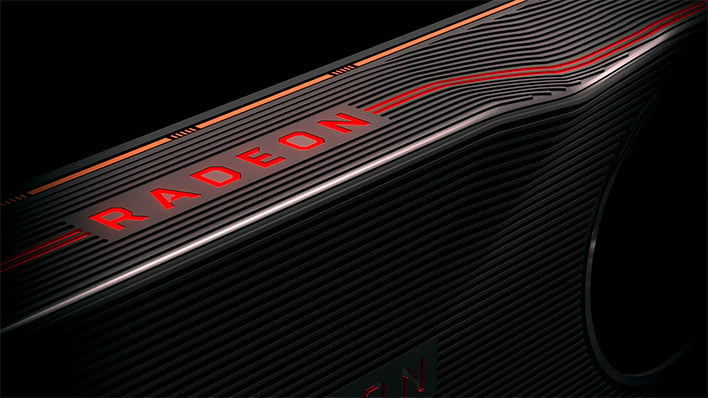 Support for an interesting feature has recently found its way into the latest graphics drivers from NVIDIA, and now from AMD as well. It is called hardware accelerated GPU scheduling, and in theory, it could improve the performance of select graphics cards when playing certain games. AMD has added support for the feature in its latest Radeon Software Adrenalin 2020 Edition 20.5.1 beta driver.
There are some caveats that accompany the feature, one of which is when and where it applies. Not only do users need the latest graphics driver, they must also have the May 2020 Update for Windows 10 applied. In addition, this only works on a handful of graphics cards.
"AMD is excited to provide beta support for Microsoft’s Graphics Hardware Scheduling feature. By moving scheduling responsibilities from software into hardware, this feature has the potential to improve GPU responsiveness and to allow additional innovation in GPU workload management in the future. This feature is available on Radeon RX 5600 and Radeon RX 5700 series graphics products," AMD says.
It is Navi or bust, at least on the AMD side of the fence. Graphics cards based on AMD's previous generation Vega and Polaris GPU architectures are out of luck.
NVIDIA also added support for this feature, introduced by Microsoft, with its most recent GeForce Game Ready 451.48 WHQL driver. According to NVIDIA, hardware accelerated GPU scheduling can "potentially improve performance and reduce latency by allowing the video card to directly manage its own memory."

Your luck may vary with this feature. The folks at Tom's Hardware evaluated the performance impact in a small handful of games when the feature was added to NVIDIA's driver package last week and found that it did indeed improve performance in some titles, such as up to 5 percent in Red Dead Redemption 2, while incurring a slight performance penalty in Forza Horizon 4.
In any event, if you own a compatible Navi graphics card, you can download AMD's beta driver and give it a whirl. Head over to the driver's release notes, then scroll down to the download link (we would post a link directly to the beta driver, except AMD blocks downloads from external sites).