Perhaps the biggest surprise, though, is the somewhat muted aesthetic compared to past Predator desktops. Previous designs have not just been bold, but outlandish and even gaudy, to be quite frank. The Predator Orion 7000, meanwhile, still maintains an overall aggressive profile that will be appeal to gamers who are into a more audacious design language, but is measurably more reserved than previous models. We’ve only seen renders, but to our eyes, they look quite good, for what they are. 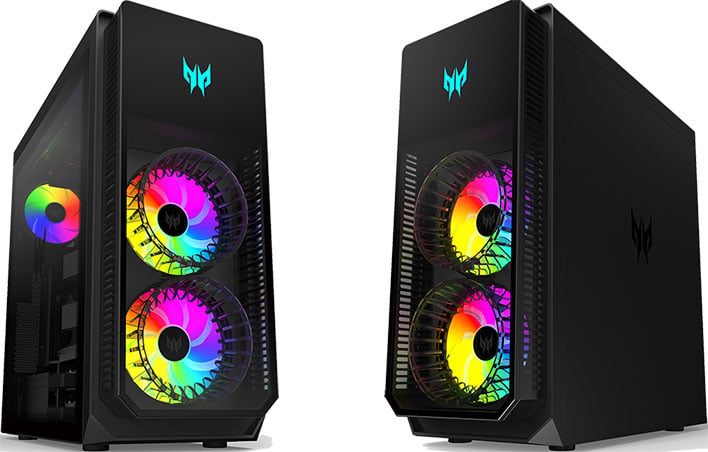 The “EMI-compliant” chassis houses a pair of tempered glass panels, including one on the side to showcase the internals, and a partial glass front cover, behind which a pair of 140mm Predator FrostBlade 2.0 fans with RGB lighting sit (there’s a third 120mm fan in the rear for exhaust duties). They sort of resemble jet engines, which could make for a neat effect with the right lighting.

“Beyond these eye-catching aesthetics is exceptional thermal management, with the three aforementioned Predator FrostBlade 2.0 fans in addition to an AIO liquid CPU cooler and advanced airflow management to effectively cool system components. The FrostBlade fan’s thin and curved blades are designed to smoothly increase airflow without causing turbulence and to quickly dissipate heat,” Acer explains.

Acer hasn’t specified what specific processor options will be available, though did note that users will have a choice between the GeForce RTX 3090 and GeForce RTX 3080. It will also come with up to 64GB of dual-channel DDR5-4800 memory. 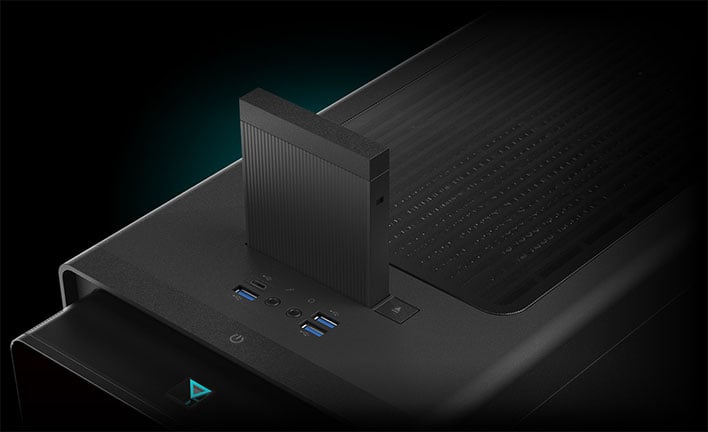 For storage, the desktop houses a pair of M.2 slots, each one supporting up to a 1TB NVMe SSD, and also a pair of 3.5-inch bays with HDD options up to 3TB. Other features include Intel Wi-Fi 6E 2x2 (wireless) and Killer E3100G 2.5Gbps (wired) connectivity, DTS audio, and a tool-less design to make future upgrades easy.

The Predator Orion 7000 will be available in the first quarter of next year in EMEA starting at €2,199, followed a second-quarter release in the US, with pricing in USD not yet announced (for what it’s worth, EMEA pricing works out to around $2,535 in US currency). 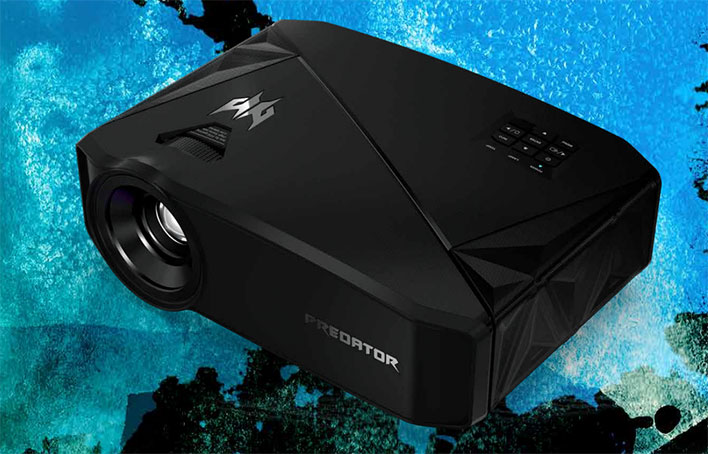 Acer also announced a couple of Predator gaming projectors (GD711 and GM712), and a Predator desk. Starting with the projectors, the Predator GD711 is a smart 4K LED model built for both PC and console gaming.

It offers up a wide color gamut cover 125% of the Rec. 709 color space, 4,000 LED lumens of brightness, high dynamic contrast, and HDR10 support. Acer says it projects images with a variable refresh rate, with support for 1080p at 120Hz on the latest consoles, and 1080p at 240Hz on PC. There’s no HDMI 2.1 connectivity, though, just a pair of HDMI 2.0 ports (along with audio-out and three USB Type-A ports).

As for the Predator GM712, it is for users who prefer a lamp-based projector. It is also available with 4K resolution, serves up 3,600 ANSI lumens. 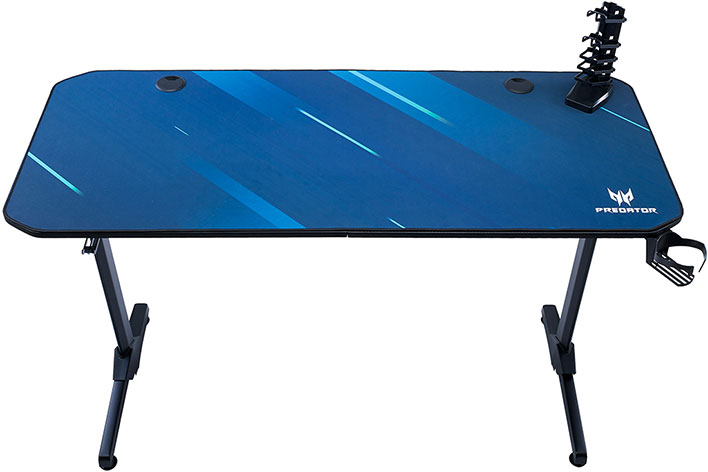 Finally, the Predator gaming desk (PGD110) offers up a 55-inch surface area to accommodate gaming setups, whatever they might entail. Gamers can choose between a coated carbon-fiber finish that is supposed to be easy to clean, or one that is covered with a custom-designed Predator mouse pad.

The desk sports a rack for storing things likes controllers and game cartridges. It also features a hook to hang your headphones, a cup holder, and a tray in the back for AC adapters. The desk can support up to 264 pounds of hardware.

Look for the Predator gaming desk to be available in EMEA this December starting at €229.