It has been a long time since the monitor market was a stale one. These days, it is one of the most frequently updated categories, with new models arriving all the time sporting faster speeds and a barrage of fancy features. So it is not surprising that among the products Acer announced today, there are half a dozen new displays, including four that fall under its Predator branding and two that carry the Nitro designation.
What you see above is the fastest of the bunch, Acer's new Predator XB253Q GW. It sports an IPS screen with a 1920x1080 resolution that users can overclock to 280GHz (there is no mention of the stock refresh rate, but I'm guessing it is 240Hz, with up to a 0.5ms gray-to-gray (GtG) response time.
Those are fast speeds, with a delightful combination of what is likely to be a high color gamut and accurate color reproduction. Acer is keeping many of the specs close to the vest, but IPS screens typically look better than cheaper TN panels. This is also a G-Sync Compatible model, to further help keep the action buttery smooth.

Acer's Predator XB323U GX is a bigger version, checking in at 32 inches with a 2560x1440 screen. There is no mention of the display type, but Acer claims it offers 99 percent coverage of the AdobeRGB color space, so my hunch is either IPS or VA.
This is also a fast display, with a 270Hz refresh rate (overclocked), up to a 0.5ms GtG response time, and a G-Sync Compatible label. The cherry on top is DisplayHDR 600 certification, which monitors can only qualify for if they are able to achieve at least a 600 nits brightness. Local dimming is part of the package as well. 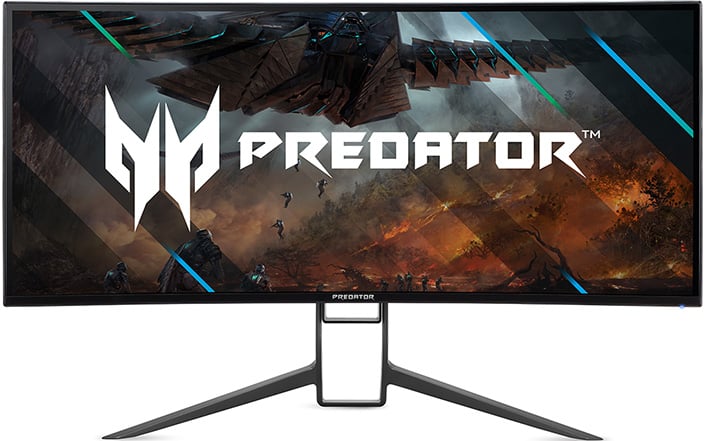 The biggest and curviest of the bunch is the Predator X34 GS (shown above). It features a curved 34-inch  "Agile-Spendor" IPS screen that is certainly expansive, with an ultrawide 3440x1440 resolution.
This one is not quite as speedy as the other Predator monitors that were introduced, but can still hit an overclocked 180Hz refresh rate and ultra-fast 0.5ms GtG response time. It is also another G-Sync Compatible display. Other features include DisplayHDR 400 certification, 98 percent coverage of the DCI-P3 color spectrum, and two integrated 7-watt speakers.

The last of the Predator monitors is the Predator XB273U NV. Acer says this one is easy on the eyes and has been certified by Eyesafe to effectively manage high-energy wavelengths to filter out blue light, along with some other viewing technologies (LightSense, AdaptiveLight, ColorSense, and ProxiSense).
This one is a 27-inch monitor with a 2560x1440 resolution, 170Hz refresh rate (overclocked), 1ms response time, and DisplayHDR 400 certification. Acer claims it offers 95 percent coverage of the DCI-P3 color space. 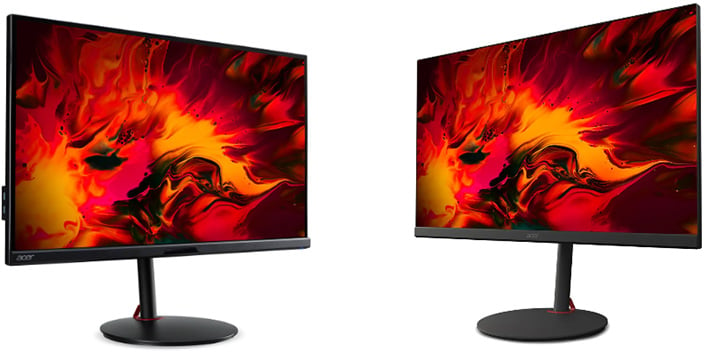 Pricing and availability for all these monitors breaks down as follows...
The Predator XB273U, XB253Q GW, and XB323U GX will launch to retail in January 2021. All of the rest will be available in December of this year.