Keeping that in mind, Acer has announced a first with its new Swift 3X laptop. At first glance, the Swift 3X doesn't seem to be that remarkable of a machine. It's available with an Intel Core i5-1135G7 or Core i7-1165G7 processor, up to 16GB of LPDDR4X memory, up to a 1TB SSD, and it comes with a 14-inch Full HD IPS display. But where things get interesting is that fact that it is the very first PC to ship with Intel's discrete Iris Xe MAX discrete GPU, which we previously discovered in Intel marketing materials.

Unfortunately, no other details were given regarding Xe MAX, although we've seen some leaked specifications and performance that show that it should offer competitive performance in entry-level market for discrete laptop GPUs. 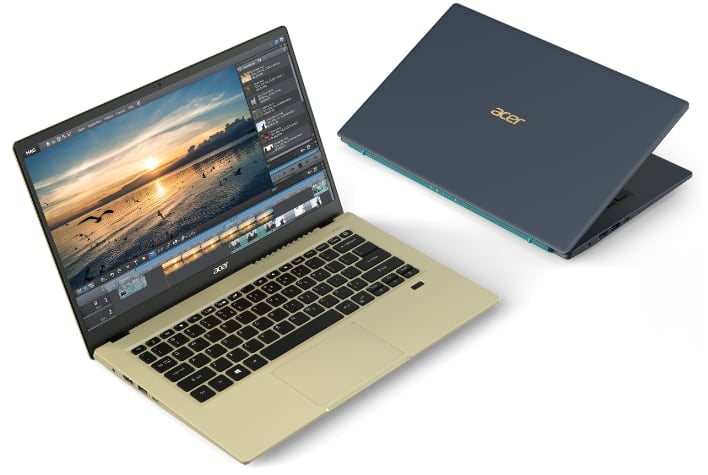 “The Swift series has always been about pushing the envelope, trying to fit as much power into as portable a package as possible,” said Acer Co-COO Jerry Kao. “The new Swift 3x continues that mindset, with discrete graphics in a sleek chassis for those who need style and performance on the go.”

In addition to the Iris Xe MAX discrete GPU, Acer says that the Swift 3X weighs in at just 3.02 pounds and can last up to 17.5 hours per charge, which is quite respectable in this size class. In addition, it's claimed that the Swift 3X can be juiced up to 4 hours of runtime after just a 30-minute charge. As for connectivity, you won't be left wanting, as you'll find Bluetooth 5.x, Wi-Fi 6, USB-C and Thunderbolt 4 onboard this machine.