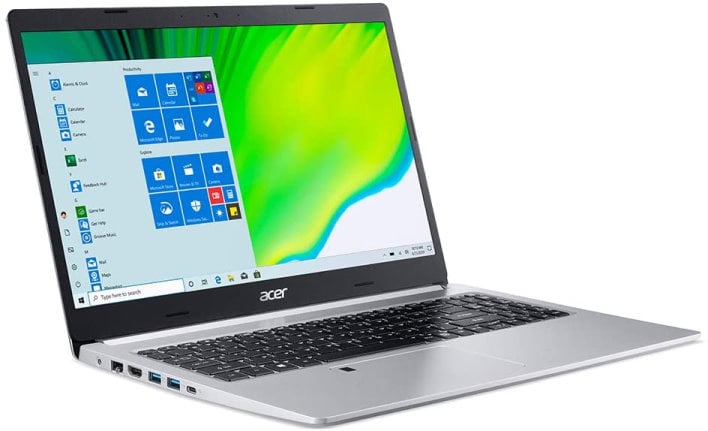 On the desktop, AMD's Ryzen 5000 family is quite remarkable. These CPUs thump anything available from Intel in the single-threaded performance department. Not only that, they also bring the multi-threaded hurt on loads that can handle it. All around, they have amazing performance at attractive prices. The only thing that's missing is Ryzen 5000 in notebooks. Now, some mobile Ryzen machines are starting to peek their heads out of hiding.

AMD's newest, still unannounced CPUs will apparently make their way into Acer's Aspire 5 family of notebooks. According to this listing on Amazon's Italian website, the Aspire A515-45-R2J2 notebook will have a Ryzen 7 5700U, 8 GB of DDR4 memory, and a 512 GB SSD in a 15.6" chassis with a 1080p display. That sounds like an awful lot of power, but the price in the Amazon listing was just 779 Euros. This listing has been pulled, along with any photos of the machine, but we managed to grab a couple. 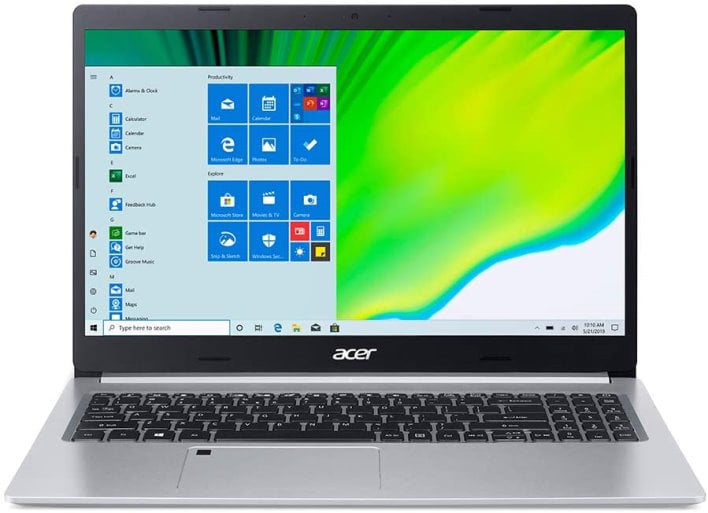 The problem with Ryzen 5000 in mobile systems, however, is that the family is made up of two distinct chips: Cezanne, based on the new Zen 3 architecture, and Lucienne, which spawns from Zen 2 like AMD's Ryzen 4000 family of notebook CPUs. At least, that's the case if recent leaks turn out to be true. The Ryzen 7 5700U falls into the second category, Lucienne, which means it's a Zen 2 APU. While that might be a little disappointing, Zen 2 didn't magically get slow overnight, so the Aspire 5 A515 should still be a fairly speedy laptop upon release. It's just missing the latest tech from AMD, and that means consumers will have to do a little research to make sure they know what they're buying.

The rest of the system's specs are pretty solid given the price point from Amazon. Acer seems to be claiming the Aspire 5 A515 will get 10 hours on a single battery charge, and has 802.11ax Wi-Fi. On top of the eight-core processor, 8 GB of memory is adequate for most of the use cases for a notebook, but hopefully it'll be user-upgradeable. On the other hand, 512 GB of SSD space is quite generous at this price point. The 1.9 kg weight mentioned in the listing works out to be just 4.1 pounds, so it should be fairly lightweight as well. The port layout appears to be pretty generous, with several Type-A ports and a single Type-C spot and HDMI, both on the left. 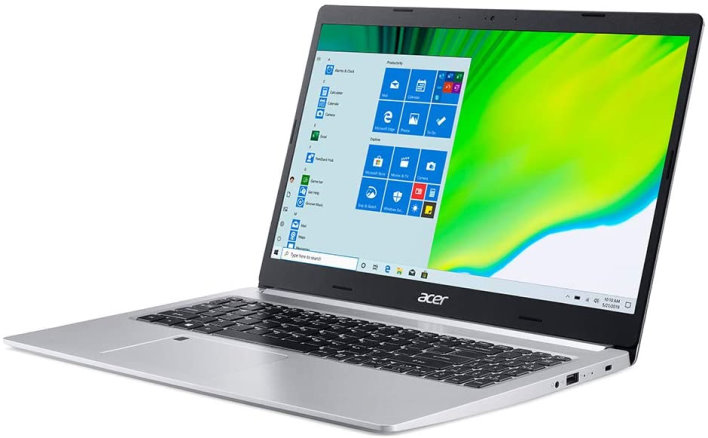 While news of a Ryzen 7 5700U notebook is exciting, since that means AMD should be unveiling them soon, it's a hollow victory without a Zen 3 processor. Ryzen 5000 is, as we said, a great value on the desktop and we're eager to see what AMD and its partners have cooked up for the mobile front. Ryzen 5000 desktop CPUs seem to be in short supply at launch yesterday, so hopefully AMD will be able to keep up with demand. As this mobile launch gets closer, we're sure to get more details to pass along.