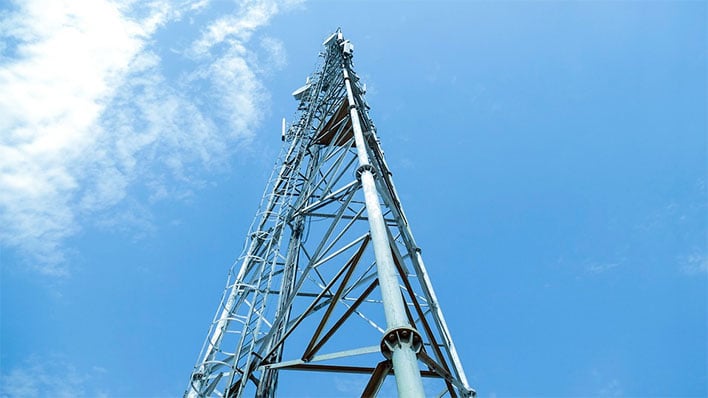 Believe it or not, it actually bears repeating that 5G cell towers do not contribute to the spread of COVID-19. Seems obvious, right? Some people just aren't hearing it, though, and are not only intentionally damaging cell towers over the perceived threat, they are threatening telecom engineers with bodily harm.
The situation has gone from laughable ridiculous to frighteningly stupid in a very short time period. It was reported around the beginning of April that conspiracy theorists were setting fire to and otherwise vandalizing cell towers in the United Kingdom over false claims there is some sort of link between 5G radio transmissions and the spread of the Coronavirus.
This spread of misinformation even hooked some notable celebrities, who posted screenshots of articles making links between the two on social media. The bizarre situation prompted a response by the UK Government Department for Digital, Culture, Media, and Sports (DCMS), which noted "there is absolutely no credible evidence" of a link between 5G and COVID-19, calling claims to the contrary "crackpot conspiracy theories."
It seems the general concern is over the radiation emitted by cell towers, and how it can affect the human body. However, as the US Environmental Protection Agency clearly states, "non-ionizing radiation is not strong enough to directly affect the structure of atoms or damage DNA." And while extremely high RF energy levels can be harmful and cause burns, those typically only occur directly next to the equipment.
"Radio frequency energy decreases as it travels in atmosphere, which means that it gets weaker the farther it is from the transmitter. Powerful long-distance transmitters usually do not create high-level RF energy on the ground. If there is a ground level hazard from RF energy, there are safety requirements to prevent the public from dangerous exposure. Transmission towers that produce hazardous levels of RF have warning signs and security in place that limits access to only authorized personnel. These warnings and access restrictions should always be followed to keep you safe," the EPA states.
Science and reason are falling on some deaf ears, unfortunately. Andy Kerr, deputy general secretary of the Communication Workers Union (CWU) in the UK, told BBC that the trade body has fielded around 120 reported cases of abuse.
"We've actually had cases where people have been threatened with being stabbed, threatened with physical violence, and in some cases actually threatened with murder," Kerr said.
Ironically, most of the workers targeted weren't even working on 5G cell towers, but maintaining cellular networks, which are critical for health and emergency services. Nevertheless, telecom workers report having objects thrown at them while on the job, being threatened with violence, and verbally harassed.
One worker reports that someone keyed his truck because they thought he was working on 5G. Since then, he's made some changes, such as removing signage from vehicles and wearing non-branded uniforms.
It's an unfortunate situation, but one that continues to exist. If people really want to help, instead of burning down 5G cell towers and threatening utility workers, they should consider putting their GPUs to work with Folding@home. Everyone is welcome to join the Hot Hardware team (ID # 32407).