PC gamers and enthusiasts have long looked with envy at the pace of OLED screen adoption in the smartphone and TV markets. Now, at long last, OLED tech is being primed for PC with features such as deep blacks, fast refresh rates and response times, and the screen sizes and formats that are currently dominating at the high-end of the market. In recent hours, we have spotted two great 40-inch+ 240Hz gaming screens worthy of your attention; one from MSI, and another from LG. 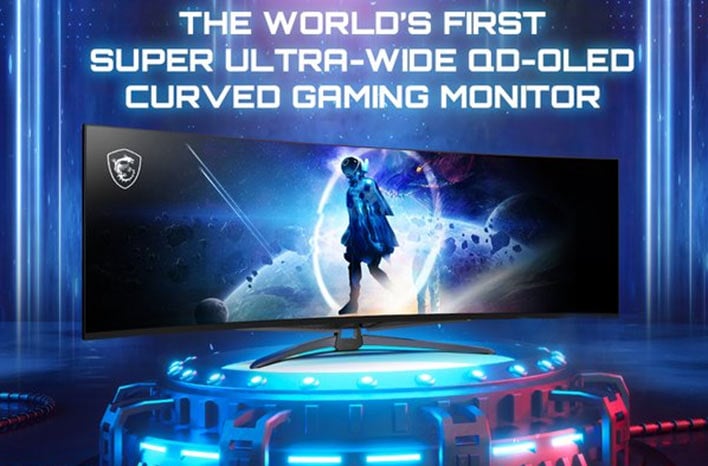 MSI has shared a teaser for what it is currently dubbing Project 491C. This monitor is claimed by MSI to be "the world's firsts super ultra-wide QD-OLED curved gaming monitor" - niche but nonetheless impressive.

The appeal of the upcoming MSI monitor centers on the display, of course, and this quantum dot infused OLED panel (probably from Samsung) can refresh at a very respectable 240Hz. Depending on the native resolution of this screen, you are going to need a powerful GPU (with FSR or DLSS) to turn up visual quality to the max and run at refresh rates approaching 240Hz in modern AAA titles.

We can't wait to hear more about MSI's new monitor, but we will have to. It isn't going to be officially revealed until CES 2023, in January next year. We don't have further specs or indicative pricing for MSI Project 491C for now. 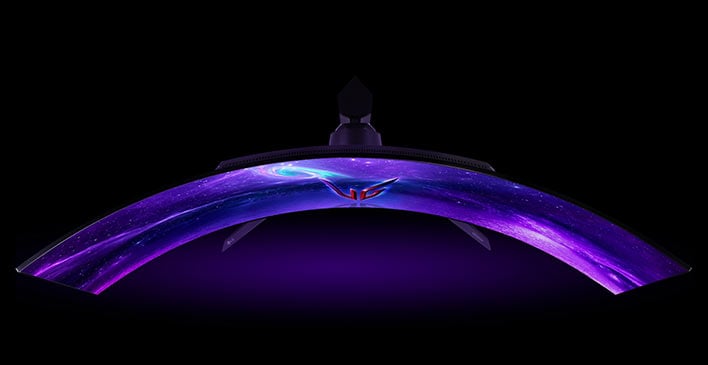 Thankfully, we know a lot more about LG's UltraGear OLED Curved Gaming Monitor because it has been officially launched - more on that later. This is slightly smaller than MSI's upcoming effort, with its 45-inch diagonal, it doesn't have QDs in the screen, but it matches the 240Hz top refresh rate.
Some other important specs of the LG 45GR95QE-B are its quite pronounced curvature of 800R, the display resolution of 3440 x 1440 pixels for 84 ppi, the incredible 1500000:1 contrast ratio (thanks to OLED technology), and its DCI-P3 98.5% color gamut.

According to LG, the 45GR95QE-B will be available for pre-order starting from December 12th, with shipments from 28th. It is listed on the product page at $1,699.99, but LG asks those interested to sign up for a "special pre-order offer."