General Motors this summer said its upcoming reveal of its all-new 2023 Corvette Z06 supercar would "put the world on notice," and boy did that end up being true. Boasting what GM claims is the most powerful engine ever in a production vehicle, the Corvette Z06 pops its hood to reveal a 5.5-liter V8 engine with an incredible 670 horsepower and 460 pound-feet of torque. Cue up Tim Allen's trademark grunt.
The naturally aspirated (not turbocharged or electric) engine brings race tracks vibe to street legal pavement, though it's been purpose-built to dominate the track, GM says. Stomping on the pedal nets the driver a thrilling 0 to 60 miles per hour time of just 2.6 seconds. Yeah, better save that adrenaline rush for the track rather a trip to the local grocery store.
"A testament to unrelenting craftsmanship, this hand-built engine features an all-new flat plane architecture that gives it a signature growl. Strike fear in your competition as it hits a redline of 8600 rpm – 2000 rpm higher than Stingray," GM explains. 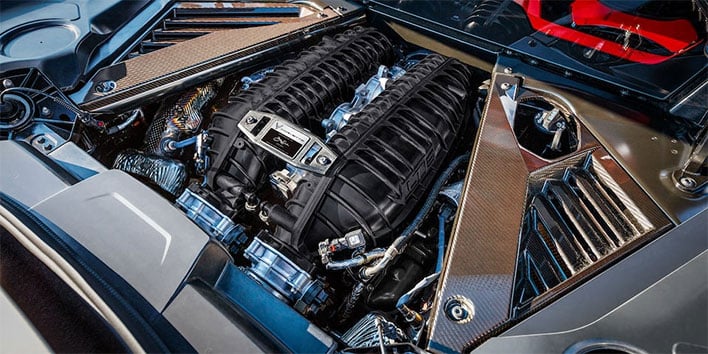 The small block engine delivers continuously variable pressure with six scavenge stages, and a flat-plane crankshaft to balance bank-to-bank airflow. Some of the other features include lightweight forged titanium connecting rods, low-profile forged pistons, CNC machined ports and combustion chambers, and dual throttle bodies to optimize engine breathing.
This is bolstered with an 8-speed dual-clutch transmission for quick shifting. According to GM, it offers the smoothness of an automatic transmission with the control of manual, for the best of both worlds. There's also a performance data recorder that serves as a "digital driving coach." It captures stats like acceleration speed, breaking, gear choice, and more as drivers attempt to improve the times around the track. 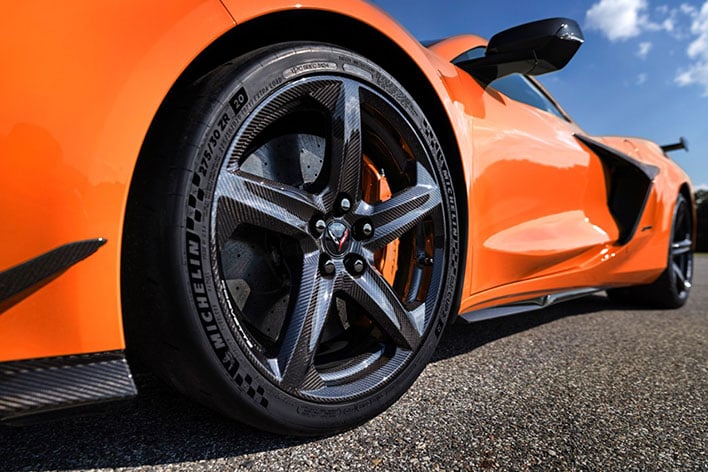 GM opted for 20-inch front (275/30ZR-20) and 21-inch rear (345/25ZR-21) wheels made from forged aluminum, with carbon-fiber as an option. The latter gets a different calibration for, once again, improved lap times on the track.
The large wheels make room for bigger brakes—14.6 inches in the front and 15 inches in the back. Buyers can also choose a Z07 Performance package with 15.7-inch front and 15.4-inch carbon ceramic rotors, and Michelin Pilot Sport Cup 2 tires. 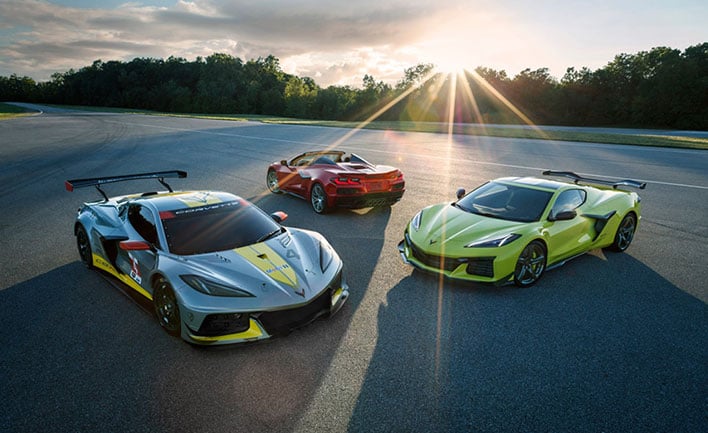 There are three trims available, including a 1LZ Coupe with a removable hard top, 2LZ Coupe, and 3LZ Coupe with various features and creature comforts. One thing GM didn't reveal, however, is pricing. It won't be cheap, though—estimates peg the starting price at around $85,000 to $90,000 for a base configuration.