Intel is on the cusp of releasing its 11th Gen Core processors for the desktop, otherwise known as Rocket Lake-S, and motherboard makers are waiting in the wings for the big day. Biostar, for example, just announced a couple of flashy looking Z590 motherboards, one of which you can see above. Biostar is far from alone, however, as all the major players have new stuff on the horizon.

Starting with Biostar, the company today announced the Z590 Valkyrie and Z590I Valkyrie. Both of them bring the bling, though the former is a full-size ATX motherboard, while the latter is a mini-ITX offering for small form factor (SFF) builds. They each feature a "fully armored cover design" with passive cooling, along with gold and pink accents.
They both also serve up a 22 phase power design and digital PWM technology. Back in the day, Biostar was mostly known for budget offerings, but it has also dabbled in higher end offerings, of which these appear to be.
While not announced today, Biostar's website also lists a Z590GTA motherboard. It's a racing themed board with a sliver and blue color scheme, with a six-layer PCB and 14-phase power design. 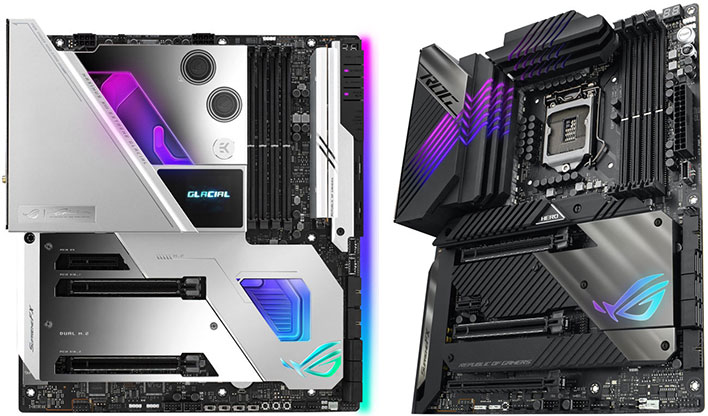 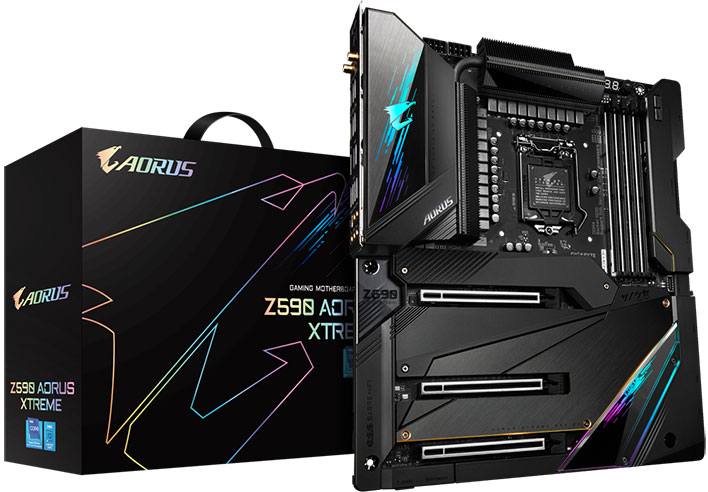 Everything in moderation, right? When it comes to hardware launches, that is a philosophy that Gigabyte chews up and spits out like a loogie, choosing instead to bombard new product offerings (CPU chipsets and GPUs) with a whole bunch of SKUs. Intel's Z590 platform is no exception.
Shown above is the Z590 Aorus Xtreme. It brings all the bells and whistles, including a dual BIOS setup, dual LAN ports (Aquantia 10GbE and Intel 2.5GbE), a 20+1 power phase design, reinforced PCI Express slots, and lots of armor, among other things.
It's just one of a dozen Z590 models that will be ready from the get-go. Here's a look at the lineup...
As with the others, Gigabyte has not yet announced pricing or said when these models will be released. 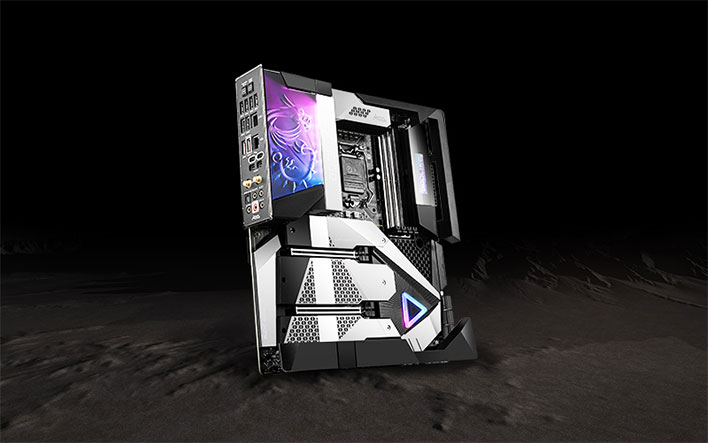 MSI will have a fleshed out lineup of Z590 motherboards in the near future as well. Sitting at the top of the stack is the MEG Z590 Godlike, as shown above. This board is focused on "delivering an extreme overclocking experience," in part by way of serving up direct 20 phases and 90A smart power stages, for reliable power delivery. Ample cooling abounds, too.

While power delivery is critical, managing thermals is just as important. To this end, we carefully designed the Godlike to stave off heat from key components and ensure efficient cooling using top-tier components. In addition to wavy fins on the heatsinks for more surface area, 7W/mK thermal pads, a Frozr heatsink, and an aluminum backplate, the Z590 Godlike also comes with M.2 Shield Frozr for all 4 high-speed Lightning PCI-E Gen 4 M.2 slots," MSI says.

Here are the Z590 boards we know about so far...
Note that the above prices were revealed in a recent MSI Insider broadcast. According to the hosts, final pricing could change in either direction when these motherboards actually release. 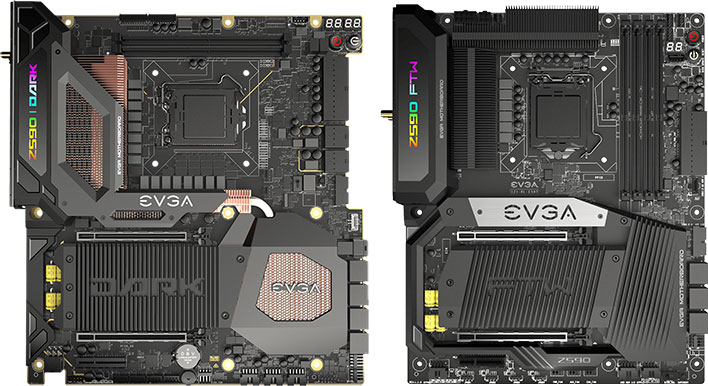 Finally, we have two more motherboards to highlight, EVGA's Z590 Dark and Z590 FTW WiFi. The Z590 Dark features a 10-layer PCB and is powered by a 22-phase VRM. It also serves up a pair of 2.5GbE LAN ports, over a dozen USB options, three M.2 slots, and a bunch of other goodies.
"We’ve even included a nightlight with the Dark's first-ever ARGB cover for those times when you might need to see what you’re doing," EVGA says.
As for the Z590 FTW WiFi, it will undoubtedly be the more affordable of the two, with an 8-layer PCB and 17-phase VRM. EVGA is a bit short on details for both boards, but did say this one will have an "excessive number of USB options." Whether that amounts to over or under a dozen remains to be seen.
Pricing and availability have not yet been announced.