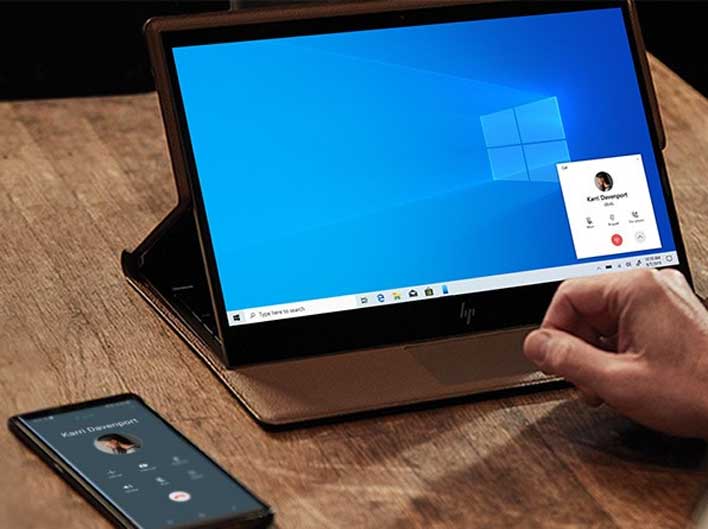 After testing with Windows Insiders for the last few months, the ability to make and receive phone calls from your PC has now been added to the Your Phone app for all. The new feature is officially called Calls, and users need to be running Android 7.0 or higher on their smartphones.

Calls not only allows users to make and receive calls, it also gives access to contacts via the PC and allows the viewing of call history from the computer. Users can also use the Your Phone app to transfer calls back to the phone if they need to step away while keeping the call going.

For the Calls feature to work, the Windows 10 PC needs to be connected to an Android phone via Bluetooth. When enabled, users can access the call list and dial pad from the Calls section in the left pane. It's nice to see the Your Phone app receiving updates regularly, in the past, it received support for pen input for the screen mirroring feature.

The update for Calls support is rolling out to app users gradually. The required Windows 10 app can be downloaded here with the needed Android app available here.

Tags:  Android, Microsoft, (nasdaq:msft), your phone
Show comments blog comments powered by Disqus
Follow Us:
What Are You Playing Now?