You Can Finally Change Your Default Browser Or Email Client In iOS 14, Here's How

It’s hard to believe that we’re nearing the launch of the 14th iteration of iOS, and users are just now gaining the ability to set third-party apps to launch by default (for certain actions). Android has had this feature since its inception, but we digress. Apple first announced this change at its virtual Worldwide Developers Conference (WWDC) earlier this year.

The first app to take advantage of this new feature right now in the iOS 14 beta (and by extension, the iPadOS 14 beta) is Google Chrome. The change came with the most recent version of Google Chrome which landed in the App Store yesterday, version 85.0.4183.109.

Now, when you click a link in an email, or within another app, you can force iOS to open that link in Google Chrome instead of always defaulting to Safari (as has been the case for all prior versions of the operating system). To take advantage of this new feature, you’ll have to make sure you perform the following actions: 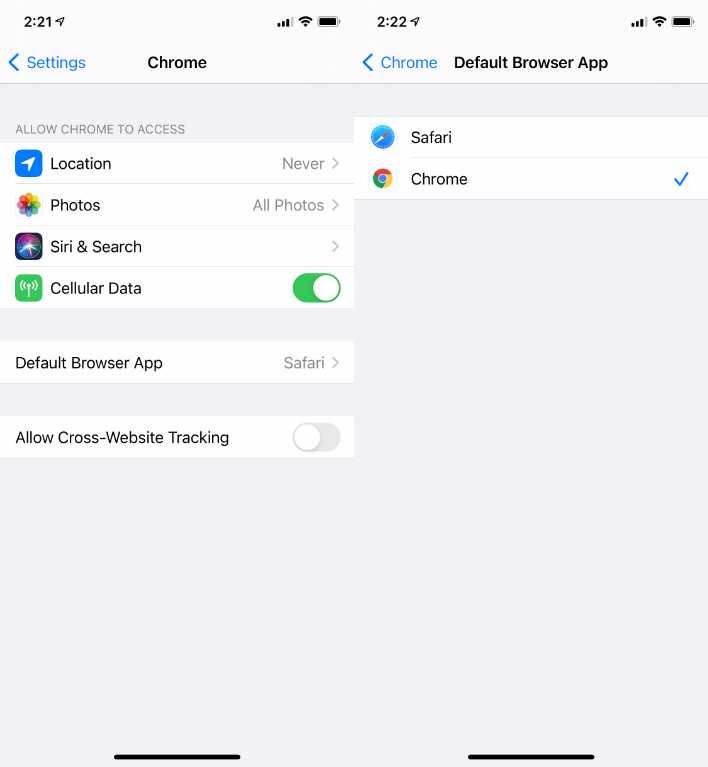 You will perform these same steps for additional apps as they add “default” support in iOS 14/iPadOS 14. Apple is supporting the ability to change the default app status for browser and email clients at the moment, so we’ll likely soon see updates for apps like Gmail, Outlook, Firefox, and others over the next few weeks.

In order to take advantage of this new “default app” feature at the moment, you’ll need to have either the beta version of iOS 14 or iPadOS 14 installed. Both are currently at Developer Beta 8/Public Beta 6, and are quite stable at this point given that we’re likely less than a month away from when the final build (Golden Master) is released to the public.

If you want to join the public beta, be sure to check out our handy guide by clicking this link.