Xiaomi is making another spirited run at the streaming dongle market with its new aptly named TV Stick 4K. Like other streaming sticks, you plug it into a free HDMI port on your television to add smart functionality, or to upgrade your TV's built-in smart features, if desired. In other words, it does not only have to be for older TV models.
Most TVs these days come with smart features baked in already, though the overall experience varies. Xiaomi's TV Stick 4K succeeds the company's Mi TV Stick with a few key upgrades, such as rocking the Android TV 11 platform out of the box. It's also powered by a beefier Amlogic S905Y4 system-on-chip with a quad-core 64-bit Arm Cortex-A35 processor and Mali-G31 MP2 GPU, paired with 2GB of RAM and 8GB of built-in storage.
Xiaomi's TV Stick 4K obviously supports 4K resolution streaming (hence the model name), but also brings a few other amenities to the streaming party. For example, it supports Dolby Vision for viewing HDR content, as well as Dolby Atmos and DTS HD for audio chores. 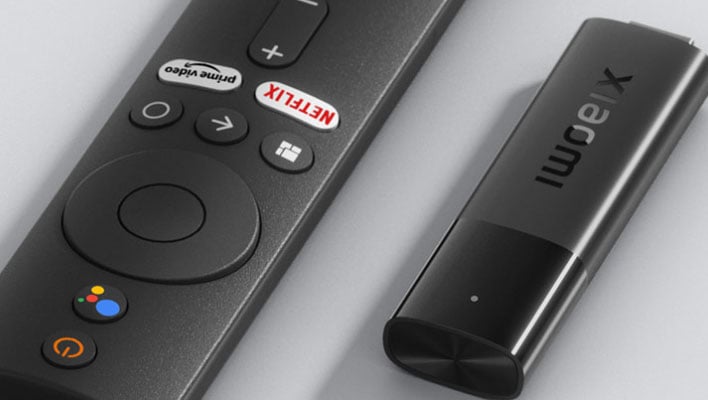 Here's a rundown of the decoder support...
Other features include 2.4GHz/5GHz Wi-Fi and Bluetooth 5.0. It comes with a voice-controlled remote and an HDMI extender cable, in case it's needed. There's word on price or availability, though.
As a point of reference, however, you can pick up an Amazon Fire TV Stick 4K Max for $34.99 (discounted from $54.99 right now), which comes with an Alexa voice controlled remote. There's also the Roku Streaming Stick 4K for $39 (save $10.99 right now), or if you want to step up your game, there's the SHIELD TV for $179.99 (save $20). The SHIELD TV has the added advantage of working with NVIDIA's GeForce NOW game streaming service, which recently opened up its RTX 3080 tier to everyone.