It has been a big week at CES 2020, and AMD's keynote on Monday sent the internet ablaze. The keynote bragged that AMD was providing both the CPU and GPU for the Xbox Series X, and the presentation showed some renders of the console. One of the renders, however, showed the ports of the Xbox Series X, and since AMD is providing hardware, the assumption by most was that it knew what the console would look like. 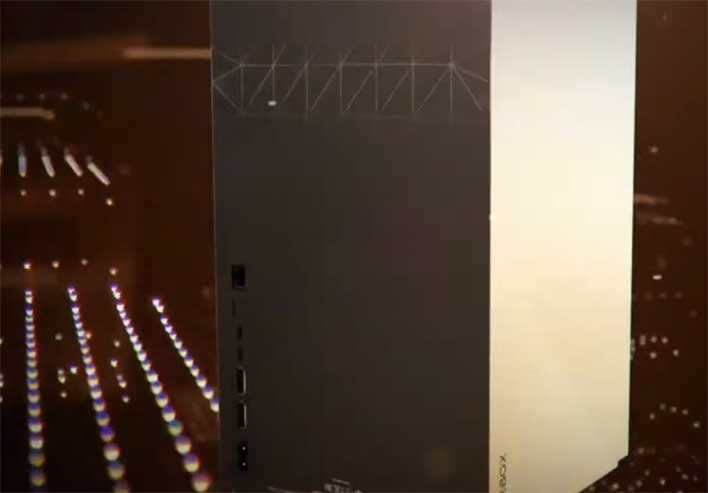 However, Thurrott is reporting that the render with the ports that AMD used (seen above) is not correct. Instead, someone at AMD purchased a render from TurboSquid that wasn't an accurate representation of the shipping console, meaning that the internet is now filled with misinformation. Specifically, it says that the ports on the render are close to what insiders say the shipping console will feature, but they aren't completely accurate. 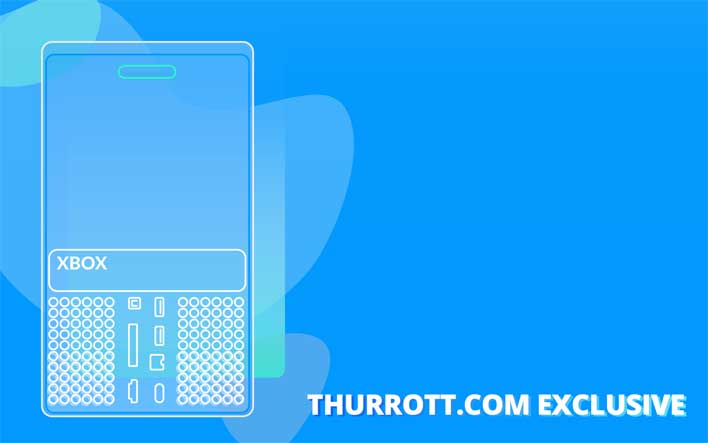 The publication goes on to say that there is another port on the back of the console that is possibly for debugging; however, there was no agreement on what its function is for. Thurrott made an image that shows how the basic ports will appear on the console (seen above). The back of the console has openings for air intake, and the ports are all on the lower half of the device. The front of the console has a USB-A port, not the more modern USB-C port. It's interesting that Microsoft wouldn't embrace USB-C for its forward-looking console, but the port lineup is likely subject to change between now and its Holiday 2020 shipping timeframe.