It has been almost 18 months since the initial release of the Xbox Series X in November 2020. Unfortunately for Microsoft, most of that time has shown that its new console hasn't been quite as desirable as the alternatives for at least ten of those months. Alternatives such as the Sony PlayStation 5, and Nintendo Switch.

It's easy to try to blame the initial sales problems for the Series X on supply chain issues and chip shortages, which were a problem affecting everything from graphics cards to cars, though luckily it looks like that may finally be close to over. However, that problem actually existed for all of the major console brands, so it is hardly an excuse.

We can't quite blame marketing on the lackluster sales either. After all, the Redmond company recognized the meme-worthy shape of its new console and took it in stride, delivering a full size refrigerator to stars and influencers shaped like the console and later releasing a mini-fridge for the public to buy. We have to give props to the Xbox team for taking that in stride. 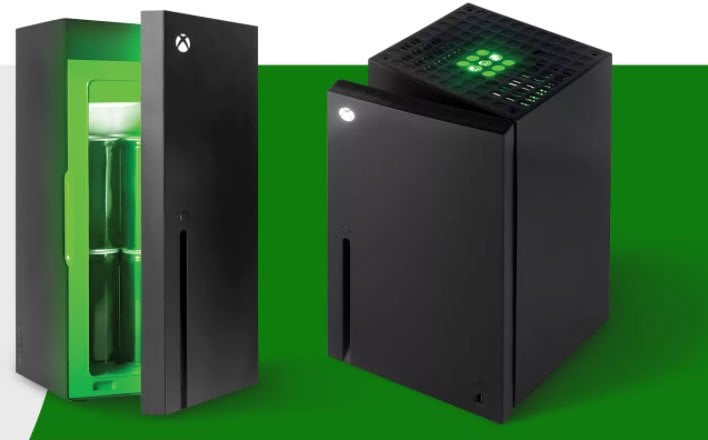 However, in quarter one, according to to NPD Group researcher Mat Piscatella, the console was the "best-selling hardware platform" in the first quarter of 2022 in terms of dollar value. Of course, the lower cost Nintendo Switch still leads the pack in overall unit sales, likely thanks to the launch of the Switch OLED unit and the drop in price for the previous models.

That information means that for the second time since the launch of the latest generation of consoles, Microsoft is beating Sony in sales value by quarter. A piece of information that Microsoft Communications Lead, Frank X. Shaw, is quick to point out in his Twitter feed.


With our Xbox Series S and X consoles, we have taken share globally for two quarters in a row and were the market leader this quarter among next gen consoles in the U.S., Canada, U.K., and Western Europe.

These numbers, by the way, indicate that these sales are at an all-time high. That is definitely good news for the Xbox team, managing to take up that spot. It's pretty unlikely anyone's going to dethrone Nintendo, thanks to the mega popularity of the Switch. There is a possibility that Sony might have something in the works to try to take their spot back from Microsoft, though.