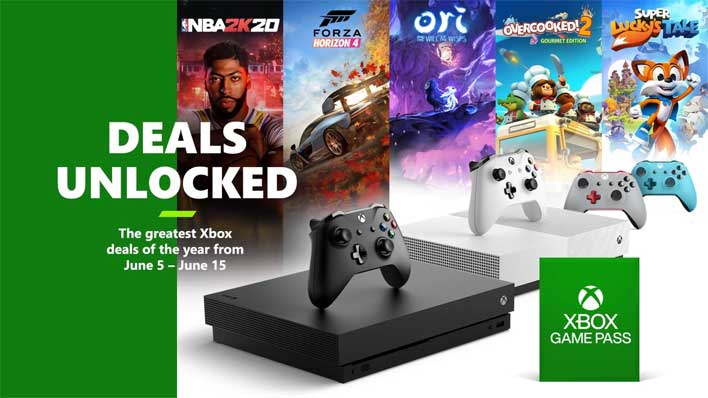 To start the summer off right, Microsoft is offering up what it says are the greatest Xbox deals of the year. Xbox Deals Unlocked is underway right now and will run through June 15. That means over the next five days, any Xbox fans looking for a new console or big savings on games need to hop over and check out the deals and save money.

Some of the biggest deals include:

Microsoft says that those offerings are just a sample of the savings that fans will find shopping online or through the Xbox store. There will also be some deals at the physical Microsoft Store and some participating retailers. For a limited time, those participating retailers will offer Forza Motorsport 7, Sea of Thieves, Halo 5, and other Xbox Game Studios titles for $9.99. Anyone into driving/racing games who doesn't own Forza Motorsport 7 needs to add that game to their collection.

Xbox inventory is limited at the discounted prices, so don't put off shopping if you want to save $100 on a console. Microsoft will move some stock in preparation for the launch of the Xbox Series X this holiday season with these deals. Another good deal for gamers on the fence about Xbox Game Pass gets the first month of Xbox Game Pass Ultimate for one dollar. That bundle includes not only access to video games but the Xbox Live service needed to play anything online.

The specials aren't limited to consoles and console games alone, a range of gaming PCs are also on sale. Microsoft partners MSI and HP are offering up to $100 off a gaming desktop or laptop. Lots of PC games are also on sale, with fans able to save up to 50% on select titles, including Halo: The Master Chief Collection. These deals will be welcome by the hordes of students out for the summer and gamers who are still unable to return to the office, thanks to the coronavirus pandemic.