Back in September, the World of Warcraft team asked players what they would want as their next mount. The options players had to choose from were pretty varied, including a spider-like Nerubian Swarmer and a Soaring Spelltome -- an actual book that players would be able to fly around the world with as a mount, should that option have won the survey poll. Regardless, the winning option would be given to everyone who had the WoW Shadowlands expansion active on their account when the update hit sometime in the first quarter of this year.

Over 162,000 players voted in the poll on Blizzard's WoW forums. When the dust had settled, players selected the Wandering Ancient, a giant tree creature that simply exudes awesome.

During the BlizzConline virtual conference this weekend, Blizzard showed off the impressive new mount for riders, which the company says will change with the seasons. Now that the time for this new mount to arrive in the game has come, we can see it in motion, and indeed it looks pretty sweet...

Unique to the Wandering Ancient, this mount changes with the season. 🌳 ☀🍁 ❄ pic.twitter.com/6aRsXMP0O4

Each region in the World of Warcraft has its own distinct style and climate, so it remains to be seen exactly how the Wandering Ancient will change with the seasons. Maybe it will just change to match the foliage as players progress through the game. Because the mount is free for all existing Shadowlands players, everyone will get to try it out for themselves pretty soon.

Riding around in a big walking tree kind of brings to mind a different famous fantasy setting: Middle-earth from J.R.R. Tolkien's Lord of the Rings. In those books, the Ents were an ancient race that acted as shepherds of the trees, protecting them from orcs and the like. The Elves in the LottR universe taught the Ents to talk, so we're hopeful that the Wandering Ancient might have a thing or two to say in WoW as well some day. 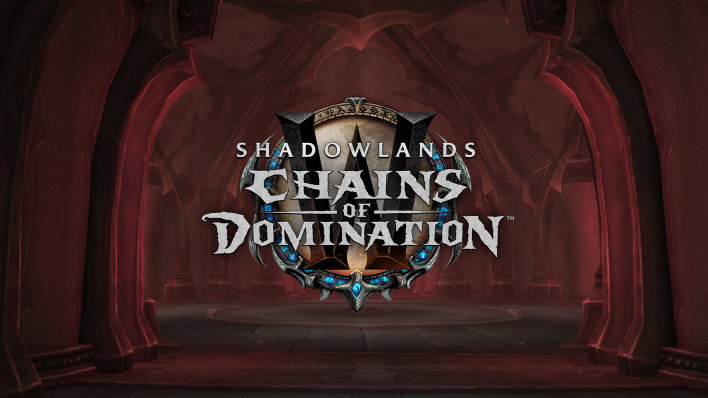 Player response to Blizzard's announcement in the above embedded tweet has been pretty positive. It's been a long time coming, too, as the Night Elves in Warcraft III had their own mythology with the trees in that universe. For that reason, this seems like a long time coming. We've got to say, riding around in a giant tree would be pretty sweet. Players won't have to wait too awful long, as the Walking Ancient is due to drop at the same time as the WoW Shadowlands Chains of Domination update, which will also include some new flying mounts as well.

After 15 years, WoW still has a lot of new content in the pipeline, which should keep players busy for a long time to come. At BlizzConline, Blizzard announced a lot of details about several games in its portfolio, including new in-game items and a new dungeon for WoW. In case you hadn't heard, the Rogue class of bowhunters is coming to Diablo IV, and the remastered Diablo II Resurrected is scheduled to release sometime this year.

And of course, if you haven't checked it out yet, you should swing by our WoW: Shadowlands Laptop Graphics Shootout as well.

Tags:  World of Warcraft, WoW, Blizzard
Show comments blog comments powered by Disqus
Follow Us:
What Are You Playing Now?