When setting default apps, there could be a wide number of files you can change settings for. Scrolling through that massive list would be incredibly annoying, so Windows 10 is adding a search bar in the Default Apps menu in Settings. Previously, they improved performance in this settings menu, so they wanted to make some more fixes and additions. Additionally, it seems that this feature possibly came as a suggestion in feedback, so for the Windows Insiders among us, continue giving valuable feedback as your features may make it to release. 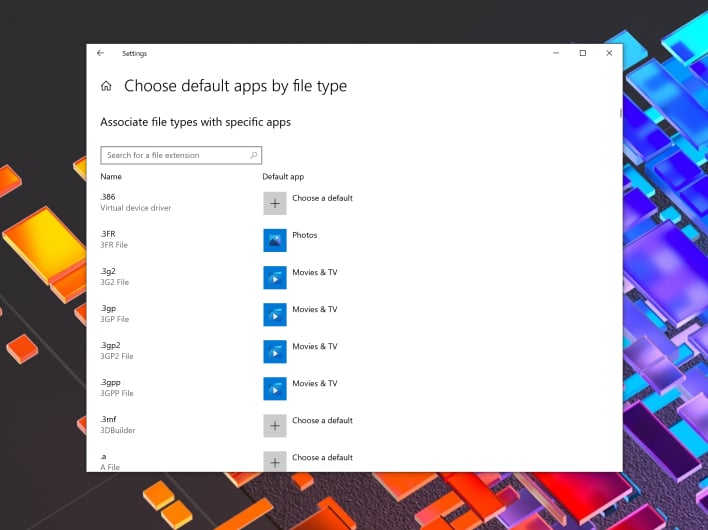 Next up is the big part of this update: accessing Linux files and file systems within Windows 10. Previously, Linux file systems were not natively supported by Windows. Now, if you are running Linux and Windows on the same machine, you can go back and forth between files on the different OS’.

Digging into this feature a little more, this new capability is coming through Windows Subsystem for Linux (WSL) 2. People will be able to mount a disk with the command wsl –mount in an administrator Powershell window. Once the Linux file system is mounted, users will be able to access the files through the File Explorer window to make life easier. The only caveat that Microsoft is listing at this time is that you can only mount physical disks, not partitions, so bear that in mind.

This new update does not give much, but what it does give is handy. Being able to search for file types in the Default Apps menu and mounting Linux file systems are both are nice to have features. If you would like to read up on the update and see what else is offered, such as developer features, you can do so here.