Wi-Fi Router Deals: Supercharge Your Network And Save Big On ASUS, TP-Link, Netgear

If your router stinks, then chances are you're not really getting the full broadband experience that you're paying for from your ISP. Low rent models can you leave you with dead spots and/or dilapidated network coverage. The easy solution is to upgrade your router, especially if you're several generations behind. To help you do that, we've rounded up a bunch cyber week bargains on fast routers with lots of bells and whistles.
You don't necessarily have to spend big, but if you're willing to do so and are a gamer, then check out the ASUS ROG Rapture Wi-Fi 6E (G-AXE11000). It's on sale for $429.99 at Amazon (save $120). This is a top-of-the-line model based on the latest Wi-Fi 6E specification, and with it comes a bit of future proofing (as much as such a thing is possible, anyway).
This is a tri-band model that supports speeds of up to 4,804Mbps on both the 6GHz and 5GHz bands, and 1,148Mbps on the 2.4GHz band. It also features eight external antennas, four 1Gbps LAN ports with WAN aggregation support, a 2.5Gbps LAN port, RGB lighting, and various other odds and ends. 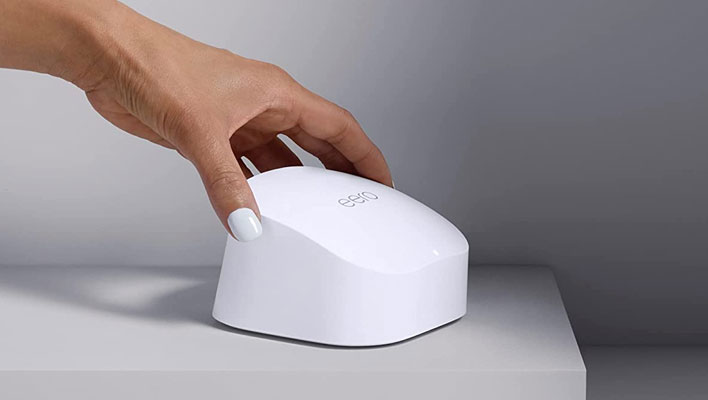 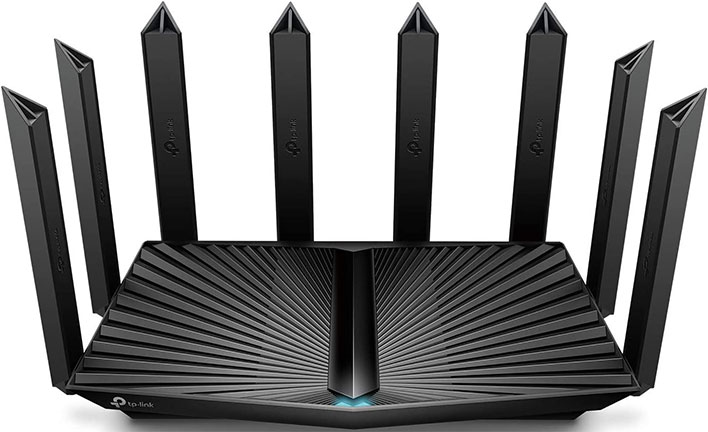 You can find a lot of TP-Link routers on sale right now, one of them being the AX6600 (Archer AX90)—it's marked down to $199.99 at Amazon (save $100). It lacks the 6GHz band that is supported by Wi-Fi 6E, but should still be a viable solution for years to come.
What it does offer is up to 4,804Mbps on one of the 5GHz bands, 1,201Mbps on the other 5GHz band, and 574Mbps on the 2.4GHz band. It also features three gigabit LAN ports, a 2.5Gbps WAN or LAN port, and two USB ports to share a printer and/or storage over your home network.
As for the coverage, there are eight high-gain antennas, plus it's compatible with TP-Link's OneMesh system (meaning you can add a OneMesh supported ranger extender to create a mesh network).
Here are some other router deals...
Bear in mind that to take full advantage of Wi-Fi 6 and Wi-Fi 6E, you also need host devices that support either protocol. That's where the future proofing comes into play. If upgrading your router, we highly recommending going with Wi-Fi 6/6E rather than Wi-Fi 5.