Why Nintendo Will Reportedly Pull The Plug On Smartphone Gaming 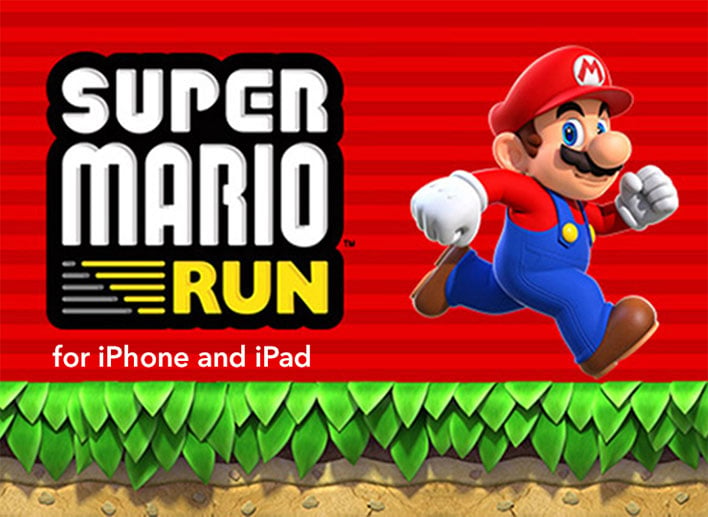 You can probably stop hoping for a Super Mario Run 2, because barring a sudden change in fortune and/or strategy, it does not look like Nintendo is super interested in mobile gaming. Sure, at one point it was, with hopes of cashing in on a lucrative market. But following the launch of the Switch console and recent events, mobile gaming just does not appear to be high on Nintendo's radar.
It is an interesting pivot for Nintendo. Three and a half years ago, we wrote about Super Mario Run being downloaded over 40 million times during its first four days of availability. Not too shabby, especially since all of those downloads came exclusively from Apple's App Store, as Super Mario Run launched to iOS devices first. It had also hit the top 10 list for highest grossing games over 100 markets worldwide.

Fast forward to today and things are different. According to Bloomberg, Nintendo entered the $77 billion mobile gaming space "out of necessity" because its Wii U console missed the mark. Nintendo needed to shake things up, and mobile gaming was seen as a lucrative opportunity. And perhaps it could still be lucrative for Nintendo, if the company would stick with it.
However, it does not appear Nintendo will. Launched in 2017, the Switch console changed Nintendo's fortunes. Simply put, it lived up to the hype, and has spawned a revised version with longer battery life, along with a Switch Lite console that ditches the hybrid form factor for a cheaper price.
Fueling the decision to pivot from mobile, Nintendo has seen a drop in revenue from Super Mario Run during the COVID-19 outbreak. This is somewhat unusual, as publishers have generally seen an uptick in revenue during the Coronavirus pandemic, with people being stuck at home.
Meanwhile, Nintendo's hugely popular Animal Crossings: New Horizons has done exceptionally well for the company. Not only is the game itself doing well, but it's driving increased interest in the Switch. In short, Nintendo is in a much better place now console-wise than it was when the Wii U was driving console sales.
Looking ahead, the chief of DeNA Co, which is Nintendo's mobile development partners, said there will not be any new appls until the end of the current fiscal year. That essentially means Nintendo's next smartphone game is far off in the distance.
There is quite a bit more on the topic (hit the link in the Via field below), but to the point, it appears Nintendo hyper-focused on the Switch and has lost interest in mobile gaming (for the most part).