This Is What A $400 RGB Mechanical Keyboard Looks Like, You Buying One?

Let me say this right off the bat—I really don't know how much I'd be willing to spend on a keyboard, but I'm fairly confident it's somewhere south of $400. I didn't pull that figure out of thin air. Rather, it's how much Hyte expects to charge for a fully loaded version of its Keeb SR65 when it goes up preorder. How does Hyte justify such premium pricing for what amounts to a set of buttons?
Well for one, it's a mechanical deck with RGB lighting, two features that typically make a keyboard more expensive than a mushy membrane plank with no lighting (just wait till holograms replace RGBs, though). But even so, most companies don't have the audacity to attach a $400 price tag to their keyboard(s), so what else separates this one from the back other than the cost?

What it boils down to is a combination of more RGB lighting than a standard deck and, more importantly, a higher level of customization than is typical.
"We designed keeb to encourage expression," said Rob Teller, Lead Roadmap Architect of Hyte. "It's a multi-sensory reward for typing that keeps you comfortable, engaged, and in control."
Let's break that down. This a tenkeyless (TKL) keyboard, meaning it lacks a dedicated number pad, and is roughly 65 percent the size of a full-size deck. But the main feature is a 5-pin hot-swappable printed circuit board (PCB) so owners can make future modifications with ease. What this boils down to is the ability to swap out the key switches on a whim (and without any soldering). 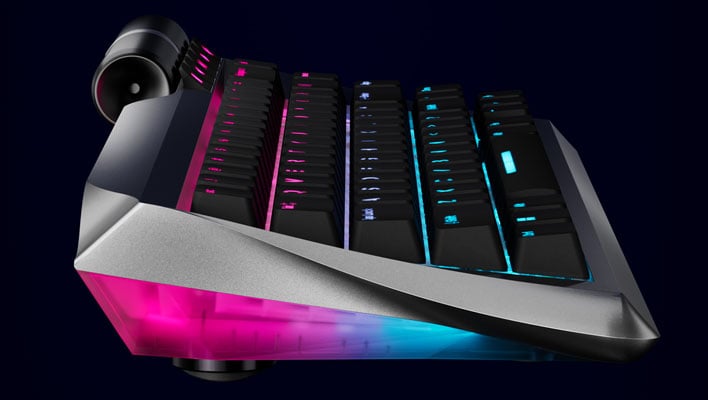 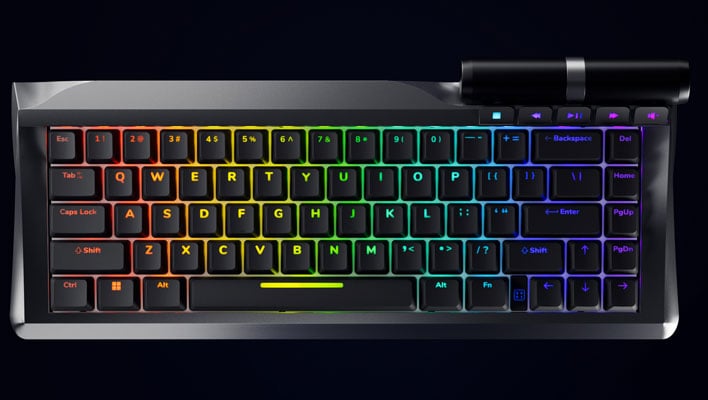 Other features include an internal silicone mat to dampen sound, suspended gasket mounts to mute stray pings and rattles, a giant scroll wheel, a contoured and beveled design, and 138 LEDs.
Hat tip to Alaina Yee at PCWorld for bringing this to attention, as it flew under my radar when it was announced earlier this month. Not that I plan on buying one—while neat, I don't feel compelled to spend $400 on one. If you do, however, keep an eye out on the Keeb KR65 product page for preorder availability. Also note that Hyte (a division of iBuyPower) will also sell a barebones version (bring your own switches, key caps, and stabilizers) for $350.
If you're not digging it, though, here are some alternatives that don't cost quite so much...