Many people have dreamed of going to space, and relatively few among the overall population ever get the opportunity. Richard Branson, founder of Virgin Galactic, is getting his chance today,and you can watch the livestream of his trip right here. Weather conditions prompted about a 90-minute delay from the scheduled takeoff, but it is still happening.
The livestream is hosted by comedian Stephen Colbert, but make no mistake, this is no joke. Branson, a 70-year-old billionaire, founded Virgin Galactic in 2004 with the goal of providing suborbital flights to space tourists. It has been a long wait, but obviously this not the sort of thing you can rush. Barring any setbacks, there are three test flights remaining, including the one that is underway today, which you can watch below...

The initial plan was to offer space tourism within a few years. However, it has now been around a decade and a half since Virgin Galactic came into existence. For this first of three remaining test flights, Branson joins a crew of specialists with various tasks. Branson's main role is to evaluate the customer spaceflight experience (and also drum up publicity). 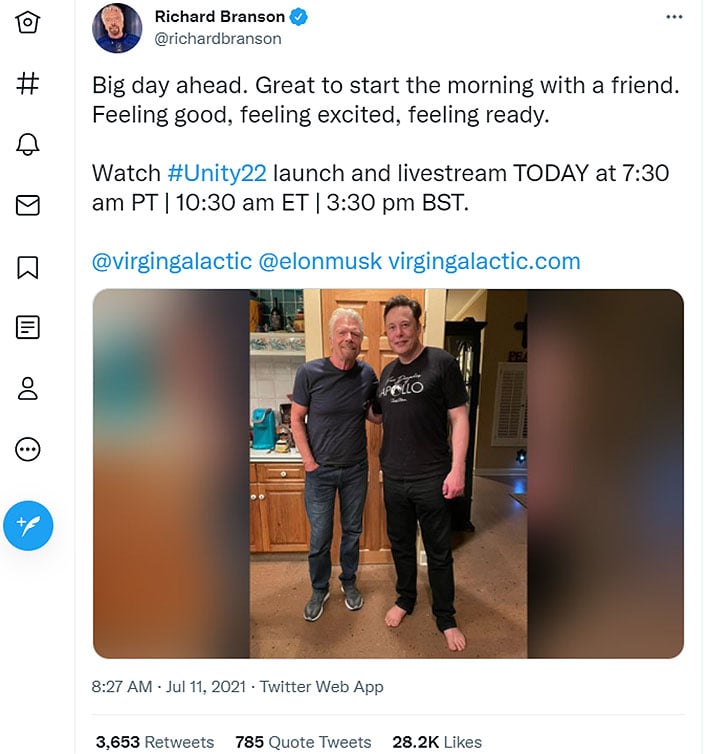 A rocket plane named V.S.S. Unity will carry a pair of pilots and four others in the cabin. It takes off this morning from Spaceport America in New Mexico, with a bigger plane carrying Unity around 50,000 above ground. From there, Unity's motor will take over and carry the passengers more than 50 miles high, at which point Branson and the rest will be able to get up and experience weightlessness for around four minutes. 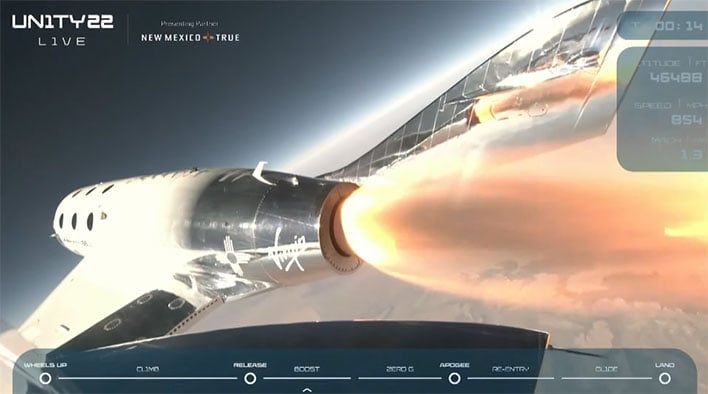 To be clear, there is still gravity at that altitude. However, the passengers inside will be falling at the same rate as the plane they are inside, creating several minutes of weightlessness (or the sensation of it, anyway).
What comes next? Well, Amazon co-founder Jeff Bezos is another billionaire who is headed to space this month, on Blue Origin's New Shepard rocket on July 20. As for Virgin Galactic, Branson teased a pending announcement upon his return to Earth. 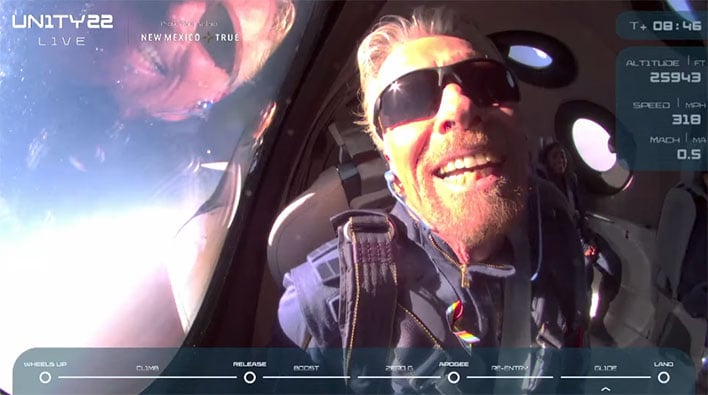 "When I return, I will announce something very exciting to give more people a chance to become astronauts, because space does belong to us all," Branson said.
It is anyone's guess what that means. Affordable space travel? Not likely, given how much these ventures cost. But it sure would be neat if there was raffle for people who are not billionaires or millionaires. We'll have to wait and see. In meantime, safe travels Branson and crew!