Virgin Galactic may be most famous for the eccentric brain behind the company – Richard Branson – and its efforts to bring space tourism to life with its SpaceShipTwo. However, Branson and Virgin Galactic are looking to leverage the technology and experience that they have gathered from its space ventures and bring it down to commercial aviation: hence the announcement of a new supersonic jet.

But we’re not talking about a jet that just barely breaks the sound barrier; instead, this [currently] unnamed design concept has a projected top speed of Mach 3, which is even higher than the now-retired Mach 2 Concorde. To put that in perspective, the famed Lockheed SR-71 Blackbird had a top speed of Mach 3.3 (around 2,193 mph). 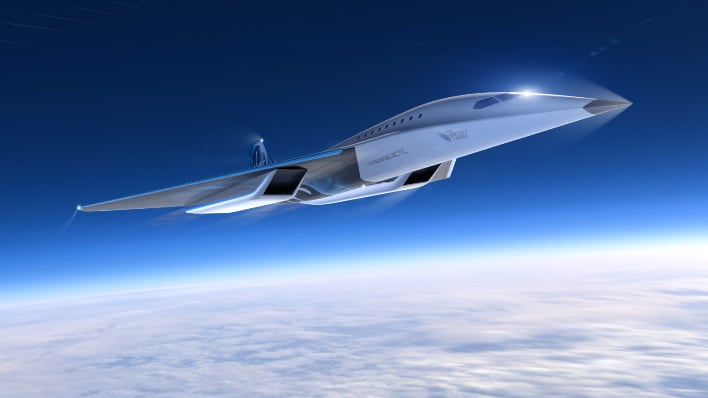 That would make it far faster than any currently available commercial aircraft, or even business jets currently available on the market. For instance, the Boeing 787 Dreamliner has an ordinary cruising speed of 561 mph and can hit a maximum 587 mph (without the help of Mother Nature).

Virgin Galactic isn’t divulging too many details about the aircraft at this time, but did say that it would be able to carry between 9 to 19 passengers. Each of those passengers would be presented with either First Class or Business Class style accommodations and service during their flight. The aircraft is also claimed to be able to fly at altitudes up to 60,000 feet during its “point-to-point” flights. 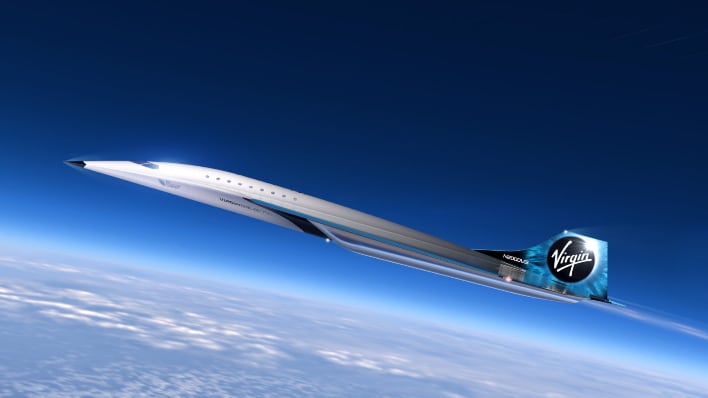 One other nugget of information provided is that Virgin Galactic has signed a memorandum of understanding with Rolls-Royce to produce the engines to power this aircraft. “We are pleased to collaborate with the innovative team at Rolls-Royce as we strive to develop sustainable, cutting-edge propulsion systems for the aircraft, and we are pleased to be working with the FAA to ensure our designs can make a practical impact from the start,” said Virgin Galactic Chief Space Officer George Whitesides. “We have made great progress so far, and we look forward to opening up a new frontier in high speed travel.”

We should caution that this is simply a design study at this time, and there’s no guarantee that Virgin Galactic will produce the aircraft. Supersonic commercial travel has been accomplished with both the Aérospatiale/BAC Concorde and the Tupolev Tu-144 starting in the 1970s. However, both of those planes have since been retired due to the expense and rigors of maintaining supersonic aircraft, and the fact that airlines are content with fielding much larger twin-engine wide-body designs for economical travel.