Wargame: Red Dragon Delivers Glorious RTS Gameplay And You Can Get It For Free

Do you know what is better than paying for a fun game? Getting it for free, of course! And no, we are not talking about theft of any sort. Say what you will about the Epic Games Store, one thing we like is it frequently serves up free games, some better than others. The one that is being gifted right now is Wargame: Red Dragon, a great real-time strategy (RTS) title.
Wargame: Red Dragon came out back in 2014, and actually was going to be a freebie at the Epic Games Store last November. However, Epic announced at the last minute that its release on the storefront had been "temporarily delayed," with Dungeons 3 replacing it as the free title.
Now three months later, it is available to claim at no cost, provided you log into your Epic account and grab Wargame: Red Dragon before 11:00 am on March 11. 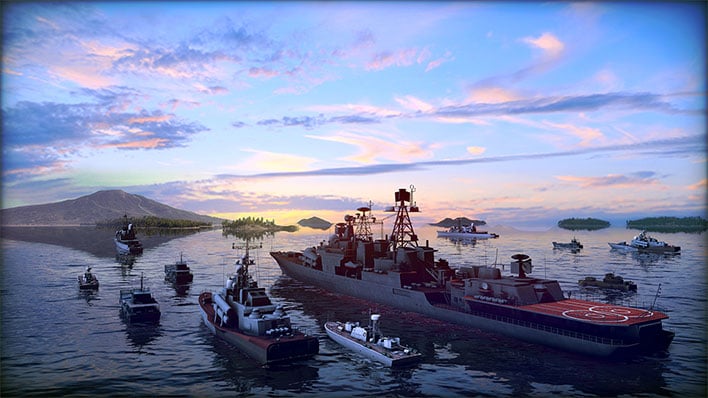 Though it is around seven years old at this point, the graphics in Wargame: Red Dragon have held up fairly well. And being a slightly older title, the hardware requirements are fairly light. Here's what you're looking at...
This is the third installment in the Wargame franchise, following AirLand Battle. It's pretty expansive, in that there are 1,450 unit types "meticulously reproduced from their source" that you can command, and 17 different nations.

"Command tanks, planes, helicopters, new warships and amphibious units in intense battles of unequaled tactical depth. Master the relief of varied, ultra realistic battlefields, dominate the new maritime areas and rewrite history in a conflict that has been directed and designed in stunning detail by development studio Eugen Systems," the developer says.

There are both single-player and multi-player (up to 20 players) modes. The latter has waned a bit, with this no longer being a new or recent game, but perhaps it will see an uptick as a result of it being offered for free. Either way, it's worth checking out, since it won't cost you a dime. After the promotion is over, it will be back to its regular $29.99 price tag.