Walmart is hesitant to come right out and say it, but its new Walmart+ subscription service is a poised to become a direct competitor to Amazon Prime, with competitive pricing and some unique benefits. And with the retail chain having several thousand stores, the combination of online and brick-and-mortar benefits is enticing.
So, what exactly is Walmart+? There are three main perks at the outset. The biggest one is unlimited free delivery on more than 160,000 items, ranging from electronics to household goods and groceries. Walmart is pitching this as offering customers" in-store prices as fast as same day" delivery on qualifying items.
There is a caveat, though. While not mentioned in the press release, Walmart+ will require a $35 minimum order to qualify for free shipping, according to The New York Times. In contrast, Amazon Prime has no minimum amount for qualifying items. That said, most of the items that will quality at Walmart will be delivered from their stores.
This is a potentially big advantage, with Walmart having 4,700 retail store locations, including 2,700 stores that offer same-day delivery. 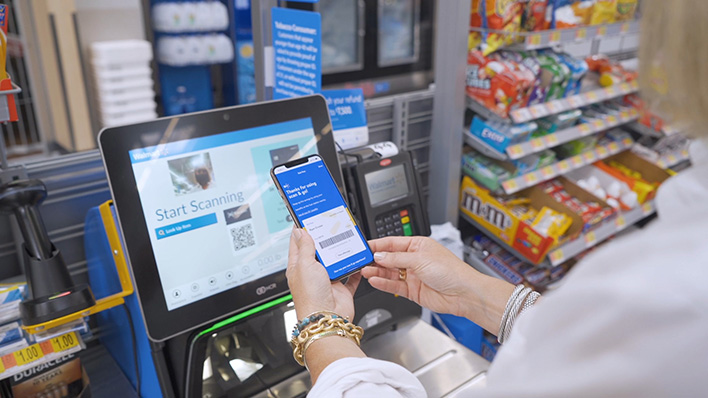 The second perk is "Scan & Go," which is something Walmart has tested in the past. This enables Walmart+ subscribers to essentially skip the checkout lines by scanning items as they shop in-store, and then using Walmart Pay (via the Walmart app) to pay for their items.
This is convenient if you often find yourself staring at long, lumbering lines, or just want to get in and out of Walmart as quickly as possible.
Finally, Walmart+ will come with fuel discounts of up to 5 cents a gallon at nearly 2,000 Walmart, Murphy USA, and Murphy Express gas stations. Walmart also plans to add Sam's Club fuel stations to the fold, though it did not say exactly when.
As for the obvious comparison to Amazon Prime, Walmart insists it's not in direct competition, or at least is not trying to be.

"We’re not launching Walmart+ with the intent to compete with anything else. We’re launching it with the needs of customers in mind," Walmart Chief Customer Officer Janey Whiteside told TechCrunch. "Of course, I hope that brings in more customers and makes them more loyal, but when you’re as big as Walmart is—and serving as many people as we are—this is about really doubling down with the customers that we have and getting more share of wallet and more share of mind."
Amazon Prime is a much bigger program at the moment, with a bunch of perks beyond just free shipping, starting at $119 per year. Walmart+, meanwhile, will cost $98 per year (or $12.95 per month if not paying for an annual sub) with far fewer benefits. However, Walmart says the list of benefits will grow over time, so this is just the beginning.