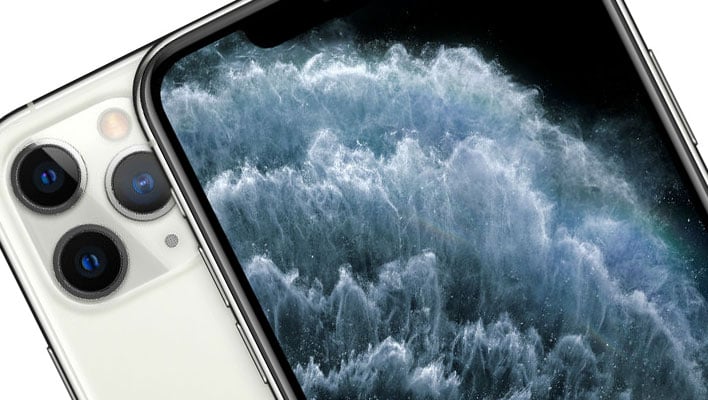 This is the time of year when retailers can build good will with customers by offering swank discounts on everything under the sun, and as we have seen in years past, the deals are not limited to just Black Friday and Cyber Monday—the deal season typically runs from mid-November to late December. Walmart, however, can't seem to get out of its own way. The latest complaint from Black Friday shoppers is that Walmart is sending out emails saying they may cancel their iPhone orders.
Starting on Black Friday (November 29), Walmart offered store gift cards when activating certain phones. This is actually still being advertised on Walmart's website. The amount varies by phone, with the iPhone 11, iPhone 11 Pro, and iPhone 11 Pro Max qualifying for a $300 store gift card with a qualified activation after purchase.

@Kate_H_Taylor @bethanybiron Walmart has a great iPhone deal for Black Friday (that started Wednesday). My husband bought me one. Instead of a phone, he got this email yesterday (in photo). Googling shows no news. @Walmart didn’t respond. pic.twitter.com/Acsb0yB0Rz

That is a tantalizing offer, and apparently a lot of people took advantage of it. So many, in fact, that Walmart is sending out emails saying orders might be delayed. That's fine and dandy, but the email also states that orders could be cancelled if Walmart is not able to ship the iPhone models by a specific date.
"We're sorry, but there may be a delay getting you the item(s) shown below. We're location more of them, and will ship them as soon as they're available. If we can't deliver the item by Tue, Dec. 3 we'll cancel the order and process a refund. You can track order status in Your account. We're sorry for the inconvenience—we'll do better next time," the emails state.
It seems the date can vary by email (Tuesday, December 3 has already come and gone). A user on the Slickdeals forum says a representative told them Walmart had more orders than expected, and that even though customers are free to place a new order, it would not come with a $300 gift card. 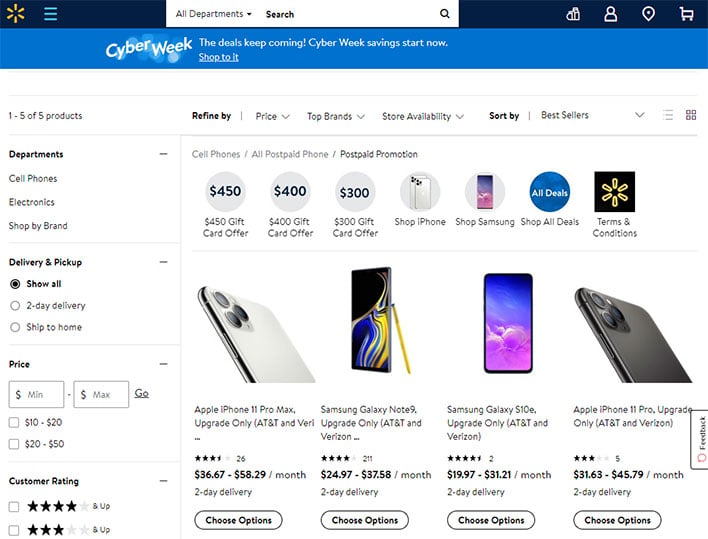 This is where things get confusing, though. Shown above is an image capture of Walmart's phone offers taken at the time of this writing. Walmart is clearly still advertising gift card offers in the amounts of $300, $400, and $450. Shown above are the phones that qualify for the $300 gift card, which includes the iPhone 11 Pro and iPhone 11 Pro Max. The regular iPhone 11 is out of stock.
In a separate Slickdeals thread, some users say the iPhone models are still shipping, despite the emails warning of a potential cancellation.
"People please login to your Walmart account or app and check. I got email for 2 out of 3 phones but found they shipped both today. And I have the FedEx tracking numbers and packages were picked up. The third was already shipped yesterday," one user wrote.
Another user says they were advised by a customer support representative to hang tight, and that orders will not actually be cancelled unless users initiate the process. So far, we have not seen anyone claiming that their orders have actually been cancelled (knock on wood).

Even if that's the case, the email is a bad look for Walmart, especially after it received backlash for cancelling Apple Watch orders placed on Black Friday. Hopefully the phones do actually ship out.