Vivo X90 Pro Plus Is First To Flex A Snapdragon 8 Gen 2 SoC But Shh, It's A Secret

Qualcomm's latest and greatest Snapdragon 8 Gen 2 is barely a week old, and Chinese smartphone maker Vivo just announced that their new flagship, the Vivo X90 Pro+ is the first to carry that SoC.

The launch live stream for the X90 series was, as expected, a blitzkrieg of specs, with Zeiss camera packages for all three models, 6.78-inch 120Hz OLED displays, the latest Mediatek Dimensity 9200 chipsets powering the X90 and X90 Pro, and Snapdragon 8 Gen 2 in the X90 Pro+, 12GB DDR5 RAM, 256GB UFS 4.0 storage, up to 120W fast charging, and the honor of being the first non-Google phone launching with Android 13. The phones are unfortunately (and unsurprisingly) for the Chinese market only. 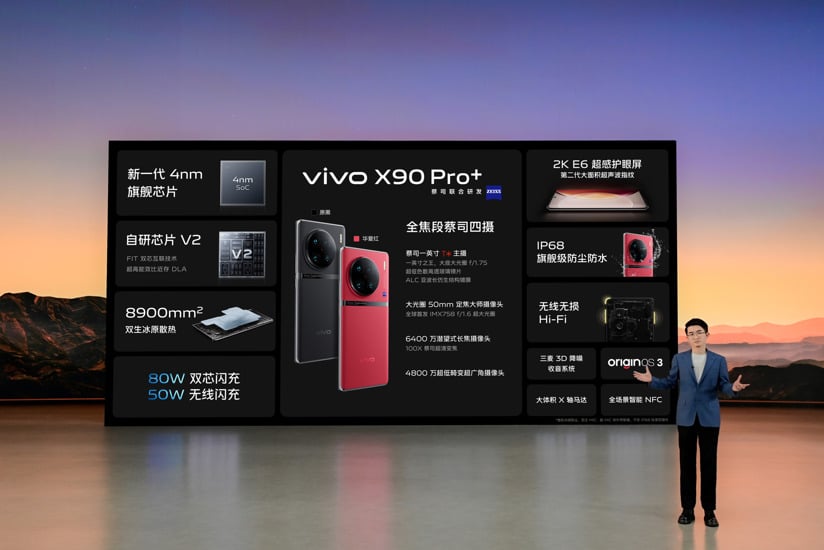 Among the three, the Pro+ is the most intriguing, but not merely because of its high-end specs. The presentation doesn't specifically spell out the Qualcomm SoC, but looking at translated slides, the spec sheets, as well as a historically similar move with the X80 Pro (it rocked the then brand new Snapdragon 8 Gen 1), one can be certain that they're referring to the 8 Gen 2. 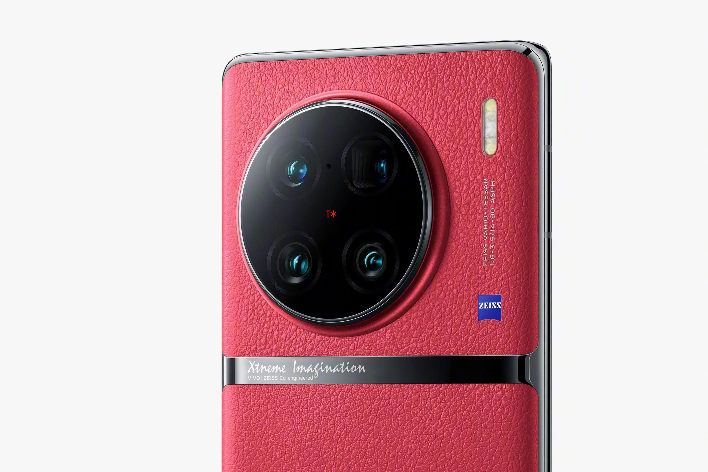 The company is proud of their camera systems here, which all carry the Zeiss branding. The regular Pro carries a 50MP Sony IMX866 main shooter. The Pro models upgrade that to the 1-inch Sony IMX989 (also seen in the Xiaomi 12S Ultra) that, when paired with their tuning, low-dispersion glass, and f/1.75 aperture, Vivo says will collect 24 percent more light than the "mainstream" IMX989. The regular X90 and Pro have 12MP ultrawide sensors, while the Pro+ nets a 48MP unit. Moreover, the Pro+ gets a third 64MP 3.5x periscope zoom camera. 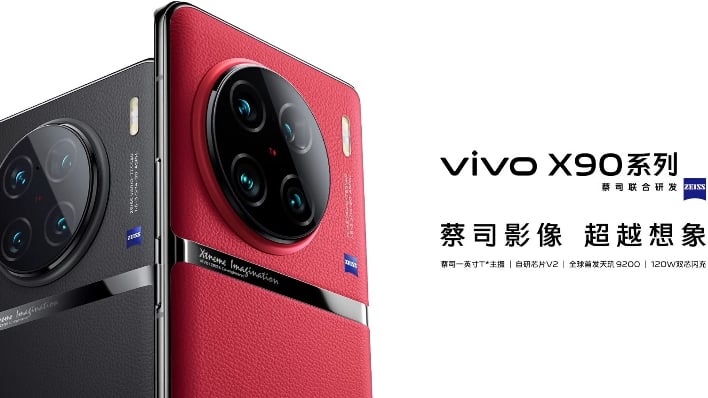 In terms of availability, as mentioned earlier, the phones are currently limited to China, with pre-sales beginning now till the end of the month, depending on model.