One of the biggest things that happened this weekend was the Ubisoft Forward event, where the company talked about some of its future video games. One of the games that the company spoke about at the show was its new free-to-play battle royale shooter Hyper Scape. It was announced that the game is now in open beta for PC gamers during the event. In addition, gamers who have an NVIDIA GeForce NOW subscription can get in on the Hyper Scape open beta.

As with all GeForce NOW games, Hyper Scape requires no downloads before allowing players to jump into the action in Neo Arcadia. There's been quite a bit of buzz surrounding the game since it was announced in late June. Free-to-play battle royale style shooters have been extremely popular with Fortnite leading the charge. 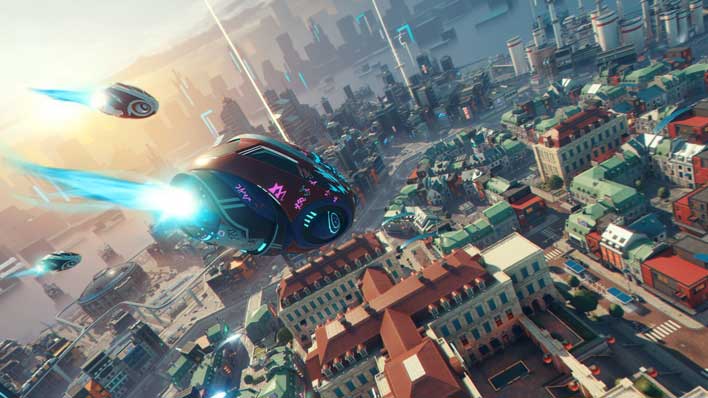 So far, Hyper Scape has been very popular on Twitch, with the game being at the top of the Twitch charts before an official release was announced. Players drop into the city of Neo Arcadia inside pods, and when they land, the rush to find weapons and supplies is on. As with other battle royale games, the map area continues to shrink in size as the match progresses, forcing players closer together until only one team remains.

The health of players regenerates slowly over time, and players can resuscitate their downed teammates. Initially, it wasn't easy to get into the open beta for the game, but now it's much easier thanks to availability on GeForce NOW. Those who lack a GeForce NOW subscription can get into the open beta by downloading the game on Ubisoft's Uplay for PC. NVIDIA says that both Free and Founders members can get into the Hyper Scape action on PC, Mac, SHIELD TV, and Android devices.