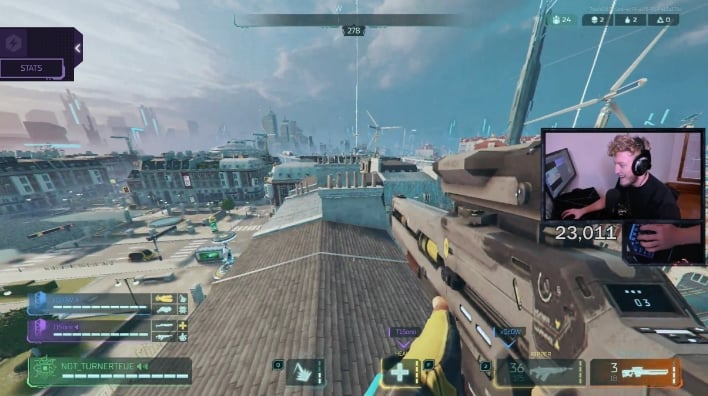 Leaked details surrounding Ubisoft's upcoming battle royale game Hyper Scape dropped earlier week out of nowhere, and excitement surrounding the game has been incredibly high. In fact, Ubisoft's commitment to engaging with the streaming community has led the game to sail to the top of the Twitch charts without an official release at this point.

You'll be able to play Hyper Scape in teams of three -- at least initially -- and there will be up to 33 teams per match. As has become standard fare with battle royale games, you'll "drop in" to the map (which is called Neo-Arcadia) at the start of each match, where you'll be tasked with finding weapons and gear to vanquish your opponents in quick fashion.

We have lots more to share on #HyperScape later today.

Tune-in to the official behind-the-scenes livestream at 11AM Pacific / 2PM Eastern for new footage, game details, and more.

The map area will continue to shrink in size as the match progresses, bringing players closer together until just one team is left to claim victory. Speaking of teams, your health regenerates over a set period of time after you take damage, and you'll be able to resuscitate downed teammates on the battlefield.

If you want access to the beta -- which is a hot ticket right now given the popularity of Hyper Scape -- you can tune in to the Twitch streams of ParadiseCentral and hambinooo for your chance at a Twitch Drop. These drops will occur at random times between today and July 7th, and will give you access to the Hyper Scape Technical Test. 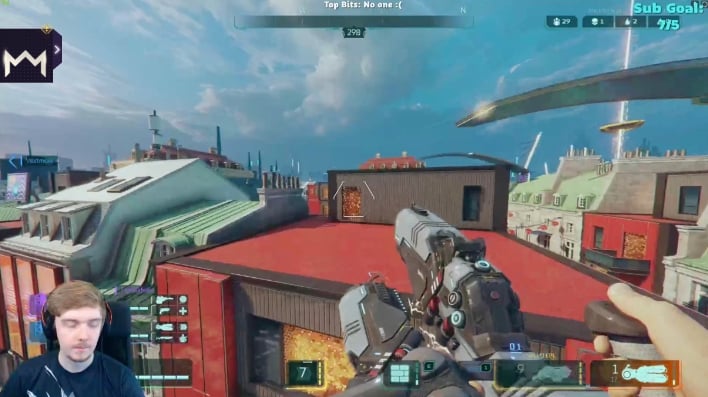 "You do not need to have Twitch Prime or follow/subscribe to the channel to earn rewards," writes Ubisoft in a community post. "All you need to do is make sure you are actively watching a Twitch Drops enabled stream while logged into your linked Twitch account."

Right now, Hyper Scape is running only on the PC platform, but it will be available for PlayStation 4 and Xbox One later this year (and we'd assume also the PlayStation 5 and Xbox Series X). Be sure to check out the livestream [embedded above] for late-breaking information on Hyper Scape.