Here’s Hyper Scape, A Hot New Battle Royale Shooter That Will Be Free To Play Soon 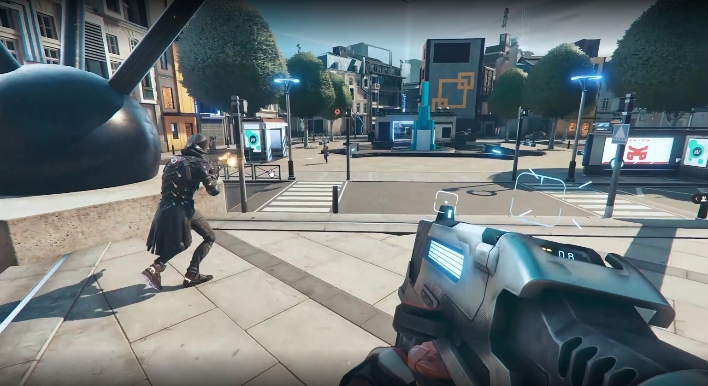 The battle royale genre is hot right now with games like Fortnite, PUBG, Apex Legends, and Call of Duty: Warzone ruling the roost. But there's a new entry into the segment that is about to be revealed by Ubisoft, and it's reportedly called Hyper Scape.

Hyper Scape will be a free-to-play, first-person shooter (FPS) style game developed by Ubisoft Montreal. For those keeping score, this is the same studio that developed the Rainbow Six games along with the Assassin's Creed series.

The game is reportedly set well into the future, and will offer fast-paced gameplay. Ubisoft is aiming for a heavy streamer influence to take the game viral, and is reportedly fostering a deep relationship with Twitch to allow full integration with the game according to Rod Breslau (via Twitter). This should make streaming the game to millions of followers even easier, along with "never seen levels of integration" with Twitch chat that will "directly impact the game live with game-changing events."

not only will viewers be able to gain progress by watching games, streamers will earn revenue from bits purchases pic.twitter.com/v0OHb6GdYq

Ubisoft has reportedly recruited a number of professional gamers and YouTubers to get the inside track on Hyper Scape, and they will no doubt be heavily promoting the game upon its release. And if Breslau's reporting is accurate, we could see the first gameplay from this potential battle royale heavy-hitter by the end of the week once the embargo lifts.

As for when the game will launch, Breslau is indicating that Ubisoft has penciled in a July 12th launch, which will be preceded by a rather short closed beta. It will be available on both PC and console platforms, although the latter won't be available until later this year. With the being, full cross-play support is in the mix for Hyper Scape. That's all we know for now, but the game is expected to be tested by Ubisoft later today according to reports.