There's so much amazing PC hardware on the way this year it seems. Intel is expected to launch its 13th-generation "Raptor Lake" Core processors later this year, and around the same time, AMD should be releasing its Socket AM5 platform and its first DDR5 processors based on the Zen 4 architecture, code-named "Raphael." Both of those big players, as well as NVIDIA, are expected to drop new desktop GPUs in the back half of this year, too.


The overwhelming majority of these chips—even including Intel's Arc GPUs—will be fabricated by the Taiwan Semiconductor Manufacturing Company, or TSMC. TSMC also services critical processor fabrication requirements for Apple, Qualcomm, and basically anyone else producing high-performance semiconductors. That's why, even though it isn't particularly surprising, it's still very good news for all involved to hear that TSMC is on track to begin 3nm production this year. 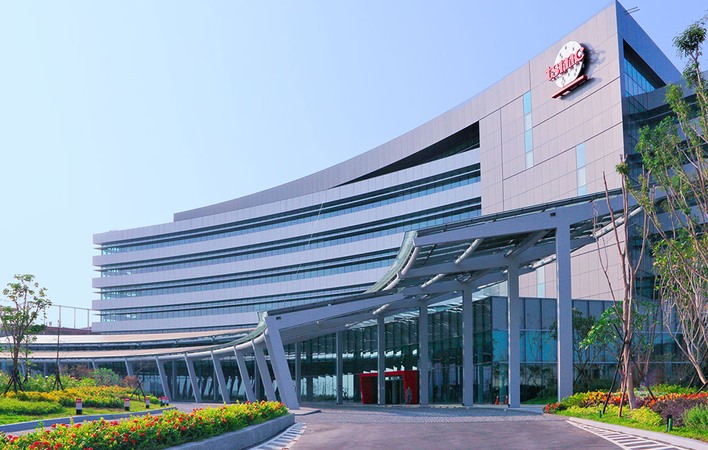 TSMC says that, compared with its own 5nm process, its latest bleeding-edge fabrication nodes will offer 70% denser logic. That translates to 15% improved clocks at iso-power, or 30% reduced power consumption at iso-clocks. That 70% improvement in density gives NVIDIA a lot of room to build an even more absurdly-massive monolithic GPU, but it also helps make Intel and AMD's chiplet designs that much more compact, power-efficient and faster.

NVIDIA and AMD's upcoming chips are expected to mostly be on TSMC 5nm, including AMD's Zen 4-based Ryzen 7000 CPUs and some chips within the multi-chip-module RDNA 3-based Navi 30 series, as well as NVIDIA's Ada-architecture RTX 4000 series. However, some chiplets within Navi 30 are expected to be fabbed on the older "N6" process.

For its part, despite Intel having its own fabs, we heard late last year that Team Blue had supposedly cornered the market on 3nm wafers from TSMC. Intel is expected to use that 3nm capacity to build compute chiplets for upcoming Xeon CPUs as well as future GPUs. That circumstance purportedly came after negotiations between Intel, Apple, and TSMC that apparently ended with Intel getting the first 3nm chips.

Finally, it was also recently reported that TSMC's 2nm process is on track for 2025, as detailed on the company's recent earnings call. "Our N2 development is on track," Wei said. "...we are confident that N2 will continue our technology leadership to support customer growth. And we still plan the production in 2025," noted TSMC CEO C. C. Wei.