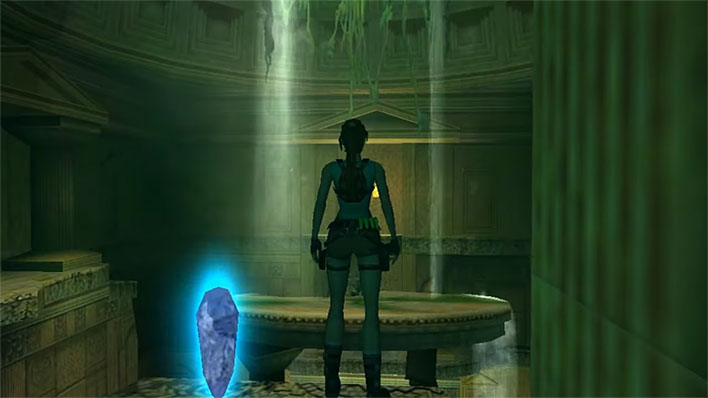 Lara Croft has seen her fair share of adventures over the years, and the one that started it all—the original Tomb Raider game—was almost made into a remake for its 10th anniversary in 2006. However, Tomb Raider: 10th Anniversary Edition never came. Almost forgotten but not gone, the unfinished build has been posted online and is playable for anyone who has an interest in doing so.
The game was original being developed by Core Design, formerly a British development studio that is now defunct (it was acquired by Rebellion Developments in 2006, which shut down four years later), for Sony's PlayStation Portable (PSP) handheld console. Ultimately the project was scrapped to make way for Tomb Raider: Anniversary, which released in 2007 on multiple platforms.
While Tomb Raider: 10th Anniversary Edition never came out, the game's assets have been uploaded to Internet Archive. Interestingly, it's labeled as "Cancelled Indiana Jones," because the game was re-skinned into an Indiana Jones game that also never materialized.

The files were uploaded by Ash Kaprielov, who describes himself as a "huge gamer and Tomb Raider fantatic," and his parters at Team of Ash.
"We sought permission from Crystal Dynamics to host and publish the assets from the cancelled 10th Anniversary remake. Unfortunately we never got any response. We tried multiple times to clarify their position since summer. As a result the files are now published," Kaprielov explains.
To play it, you will need to have Visual Basic installed, and it's also highly recommended to have a controller because "you can't do much with a keyboard, at least for now." The instructions are as follows...

Use the archive patch from Xproger/Gh0stblade _Xproger – Gh0stblade TRAE_Patch.zip) that make it playable:
1 download artbase and extract it to C: drive (it is important you have a folder structure like this C:\artbase\tombraider etc. the game won’t run if it’s not placed on C drive).
2. download Xproger/Gh0stblade patch.
3. use run.bat to launch the game!
PATCH
PATCH: The patch.zip archive will fix various issues, bugs and crashes. Make sure to download an up-to-date copy regularly. Installation: Simply unpack directly in C:\Artbase. Replace all files..


Being an unfinished game, there is only so much you can do. Basically, you can run, jump, climb, and swim around a few levels in Croft Manor, Greece, and Peru. However, there are no enemies or weapons, so the actual gameplay is rather limited. And of course the graphics are dated by today's standards. Still, it's a neat trip back in time, if you care to take it.