You know how anytime they look at a computer in an old science-fiction film it's covered up in scrolling screens and blinkenlichten? Maybe the reason our computers today are festooned in RGB LEDs and secondary screens is because we all grew up with that in our brains. Staring at a beige (or black) box has never felt as exciting as computer work should be, considering how advanced the machines are these days.

If you're with me on this, then check out Thermaltake's latest invention: an LCD screen for your RAM. (Yes, really.) The Thermaltake Pacific R2 Ultra kit is a 3.9" LCD that clips to your DDR3, DDR4, or DDR5 memory slots and is powered by a micro-USB port. 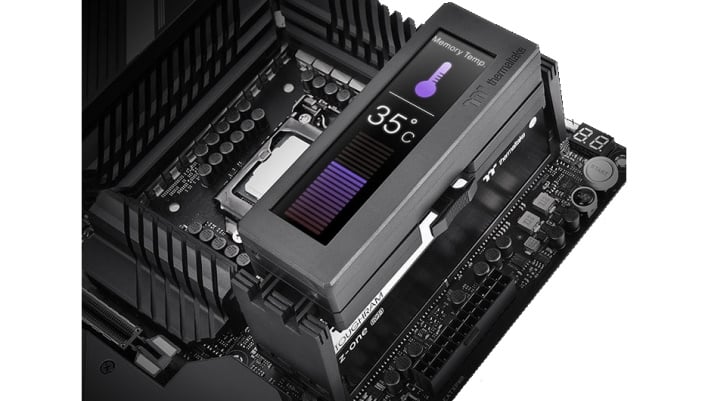 By hooking it up to ThermalTake's RGB Plus 2.0 software, you can use the screen to display temperatures, CPU load, memory usage, a picture of your waifu, or any image or animation you want—as long as it fits in the 128x480 resolution of the screen.

Amusingly, the little display is actually an IPS-type LCD. The mounting mechanism has some simple fins etched into it, and it seems like it might be able to serve as a crude heatsink, but all the same we'd probably not try to use the Pacific R2 screen on hot-clocked memory without some seriously strong airflow through your PC. 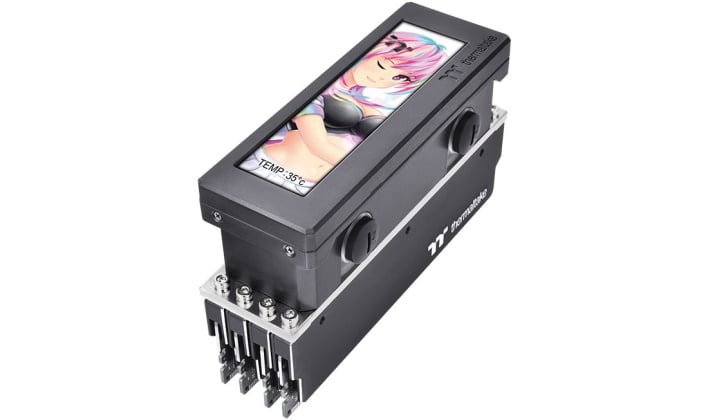 Instead, you should grab a Pacific A2 Ultra. This product isn't exactly new; Thermaltake announced it in November of last year, but it's only just become available. The screen is fundamentally the same as the one on the R2 Ultra, but the main point of the Pacific A2 Ultra is actually that it's a liquid-cooling water block for your RAM. 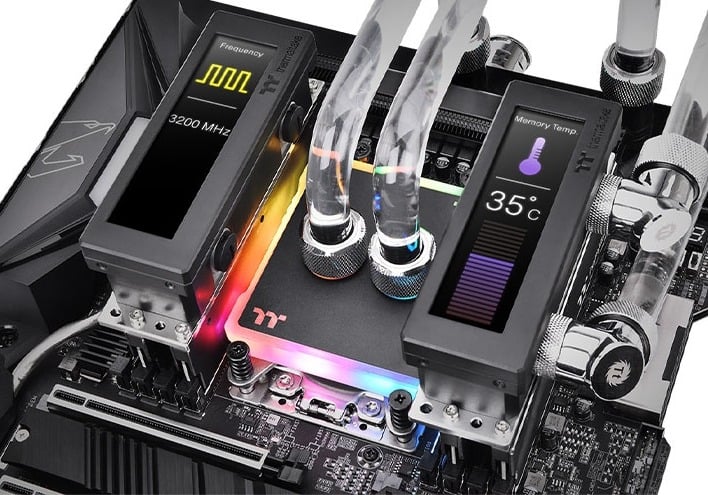 ThermalTake says that both parts are really meant for systems with four sticks of memory, but they'll attach and serve on systems with only two slots. If your system has eight memory slots, all the merrier; you can fit two! US pricing hasn't been decided, but you can already find both parts on the company's EU shop: the Pacific R2 Ultra with just the screen goes for €114.90, while the plus-waterblock Pacific A2 Ultra will run you €194.90.