Sony Incites The Last Of Us Part II Hype With Launch Trailer, And How Pearl Jam Joined The Game 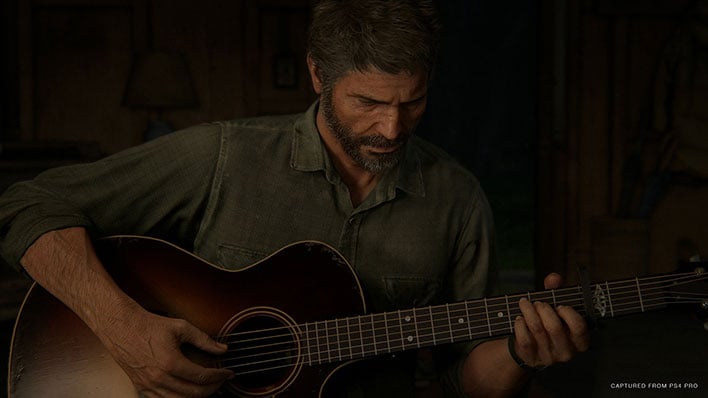 Pearl Jam’s “Future Days” was initially released as part of their 2013 album Lightning Bolt. The lyrics focus on a deep, personal relationship. The chorus of the song says, “I believe/ And I believe 'cause I can see/ Our future days/ Days of you and me.” Developers Naughty Dog have argued that this song is important to the narrative of the upcoming video game.

Naughty Dog reportedly put in quite a bit of effort to include this particular song. They were eventually able to contact Pearl Jam’s assistant manager and later were able to reach the manager. Naught Dog Vice President Neil Druckmann shared the storyline of The Last of Us Part II with the manager and emphasized the connection to the song. Naughty Dog also sent the manager a copy of The Last of Us and a trailer for The Last of Us Part II. This trailer was shared with the manager before Sony, the publisher behind the game, had the opportunity to view it. You can view the new trailer that Sony released today in the embed below:


Druckmann was even prepared to fly to Seattle to convince Pearl Jam lead vocalist Eddie Vedder to give them permission to use the song. Druckmann was eager to “will this into existence.” Thankfully, the band agreed to let Naughty Dog use their song before Druckmann needed to do anything too drastic.

The original The Last of Us included an award-winning original soundtrack as well as a few well-known songs. Joel and Ellie listened to Hank Williams’ songs "I'll Never Get Out of This World Alive" and "Alone and Forsaken", while Ellie and Rey danced to an Etta James’ cover of “I Got You Babe." Classical music fans may have also recognized Tchaikovsky’s “String Quartet No. 3 in E-Flat Minor, Op. 30” and Antonín Dvořák’s “String Quartet No. 4 in E-Minor (B.19).”

Pearl Jam is not entirely unfamiliar with the video game world. For example, Pearl Jam’s song “Alive” was featured in Rock Band 2. The band even recently released an Asteroids style video game to promote their song “Quick Escape." However, this is the first time that a Pearl Jam has appeared in a game like The Last of Us Part II.

Several The Last of Us Part II leaks appeared about a month ago. The leaks included a few cut scenes, a few screenshots, and a little gameplay. Thankfully, Naughty Dog recently remarked that the ending of the game and other important plot developments were not included in the leak. The Last of Us Part II will be released on June 19th for the Playstation 4.