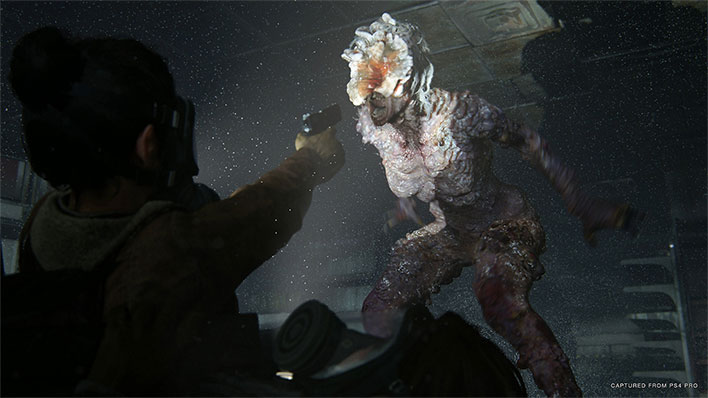 There is still another month to go before Sony releases The Last Of Us Part II, the highly anticipated sequel that takes place five years after Ellie and Joel made a dangerous trek across the post-pandemic US and settled in Jackson, Wyoming. Leading up to the launch, Sony finds itself in a fight of its own—to suppress spoilers from a massive leak.
It's safe to keep reading because we will refrain from showing any plot reveals or other spoilers contained in the leak. However, we will say that the massive leak contained screenshots and videos, revealing various cutscenes, gameplay, and other elements (like the menus). At the time of this writing, developer Naughty Dog has not commented on the leak.
We are not aware of any official comment by Sony, either. However, Sony did get one of the revealing YouTube videos taken offline, and also got a couple of Reddit threads on the topic removed. It is likely an uphill battle, though, as more sources for spoilers are likely to continue cropping up, including social media.
One of those places is ResetEra—refrain from hitting the link in the Via field below if you want to steer clear of spoilers.
As for what is officially known, Sony says The Last Of Us Part II is a "complex and emotional story" with "escalating moral conflicts created by Ellie's relentless pursuit of vengeance." Sony also promises "new and evolved gameplay systems" and a "broad variety of weapons, crafting items, skills, and upgrades."
Here's a look at Sony's gameplay reveal trailer from E3 in 2018...

It's not clear how this leak happened, but it likely has to do with the game originally being scheduled to release in February. Sony announced the delay in October of last year, saying The Last Of Us Part II would release on May 29, 2020.