Smartphone manufacturers are looking for ways to differentiate their products, and the latest trend appears to be with folding displays as witnessed by the Huawei Mate X, Samsung Galaxy Z Flip and Motorola Razr. But TCL is looking to put a slight twist on the flexible display movement with a slide-out screen.

As you can see from the images, the TCL smartphone appears to take on a rather standard portrait-style orientation, featuring a display with deeply curved sides. However, the phone’s chassis slides out to the right, unfurling the display in the process. Since the display appears to roll-up instead of fold, it’s unlikely that we’d see a crease with this type of flexible smartphone design. There are still likely to be concerns about dust entering the sliding mechanism and wedging in between the display as it rolls up, however. 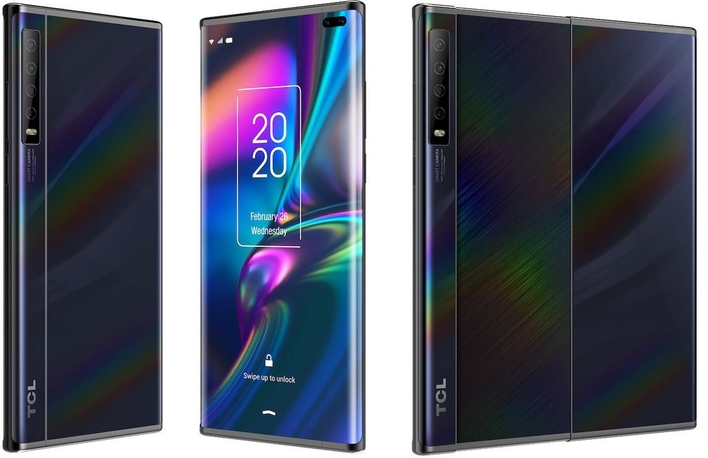 On the front of the device, we can see a pill-shaped cutout for dual front-cameras, while out back there are four camera sensors and an LED flash. No specs were presented with the images, although we’d assume that a Qualcomm Snapdragon 865 or Snapdragon 765 would be lurking inside.

The leaked images were obtained by CNET, which says that the phone was originally supposed to debut at the Mobile World Congress in Barcelona, Spain. The show was supposed to take place between February 24th and February 27th, but was cancelled due to fears about the spread of the coronavirus.

There’s no indication as to whether this unnamed smartphone will remain a prototype, or if TCL has plans to release a production version in the future.