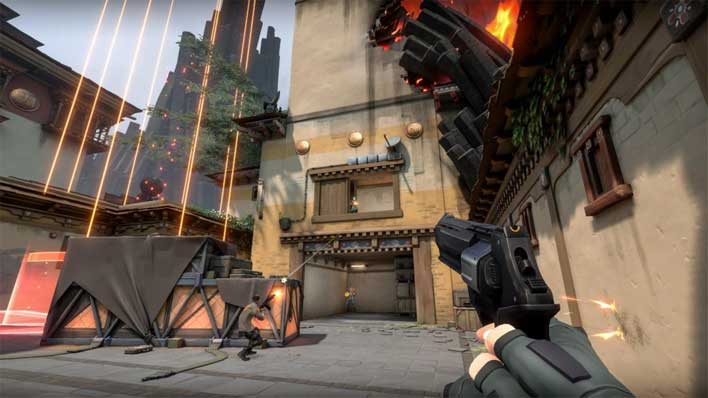 Riot Games announced this week that its anticipated tactical shooter Valorant will launch on June 2, so the game is a bit more than a week away from landing for all to enjoy. Valorant is currently in beta, and those beta servers will start shutting down on May 28 to give developers a few days to get things ready for launch. The game will be free-to-play and is said to play like a combination of Counter-Strike and Overwatch.

Riot Games has generated extremely high levels of anticipation and Twitch viewership for the game thanks to how it handed out beta keys by requiring gamers to watch Twitch streams to get one. Thanks to that method, Valorant has set Twitch viewership records with 1.7 million concurrent viewers.

Exiting beta and moving to a finished product will also bring a new map, playable agent, and game mode for fans. New servers in Atlanta, Dallas, Madrid, London, and Warsaw are also being added in anticipation of significantly increased traffic as the game exits beta. Riot in addition plans to improve server stability in Colombia, Argentina, and Eastern Europe.

While anticipation for the game has been very high, there have been some downsides. Fans have concerns with the Vanguard anti-cheat system that is included in the game. Vanguard uses a kernel driver that loads at system startup and runs even if the game isn't being played. Developers of Doom Eternal recently tried to add the Denuvo Anti-Cheat software to the game to protect the BATTLEMODE from cheaters and have already promised an update to remove it after player backlash.

Valorant will launch with the anti-cheat software installed and will also feature an auto-banning system for cheaters. During the beta for the game, all cheater banning was done manually. Developers promise they will be "more aggressive, widespread, and automated in our ability to detect and ban cheaters" when the game launches.