T-Mobile Says It Has Surpassed AT&T To Claim #2 Spot Among U.S. Wireless Carriers

The additions from Sprint had the biggest impact on T-Mobile's Q2 2020 performance, but the company also claims it experienced strong consumer growth as well to drive its numbers upward. In the end, T-Mobile closed out the quarter with 98.3 million customers versus AT&T's claimed 92.9 million customers (prepaid and postpaid).

“Surpassing AT&T to become #2 was a huge milestone to kick off Q2, but that was only the beginning"," said T-Mobile CEO Mike Sievert. "In our first quarter as a combined company, T-Mobile led the industry in total branded customer adds – even in a challenging environment – and there is no doubt that we are THE leading growth company in wireless. 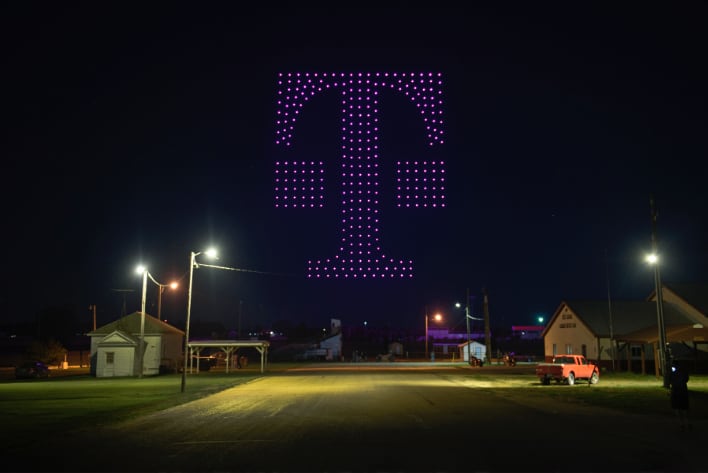 “Now we’re setting our sights on #1 – in customer choice and customers’ hearts – and we’ll get there by doing ONLY what the Un-carrier can do: offering customers the most advanced 5G network AND the best value while continuing to make big moves that fix customer pain points and disrupt this industry."

T-Mobile has been making some waves in the wireless industry over the past few weeks. In late July, the company announced a new 5G family plan that provides 4 lines of unlimited service for $100 per month, which greatly undercuts the pricing of its rivals.

More recently, T-Mobile claimed that it's the first wireless carrier to offer nationwide standalone 5G service. “In SA areas, T-Mobile engineers have already seen up to a 40% improvement in latency during testing, and that is just the beginning of what can be done with Standalone 5G,” said T-Mobile earlier this week. The company's 5G footprint now extends to 7,500 cities across the U.S. offering availability to 250,000 million people.