T-Mobile Is Giving Away Free Galaxy S20 5G Smartphones, Here's How To Enter 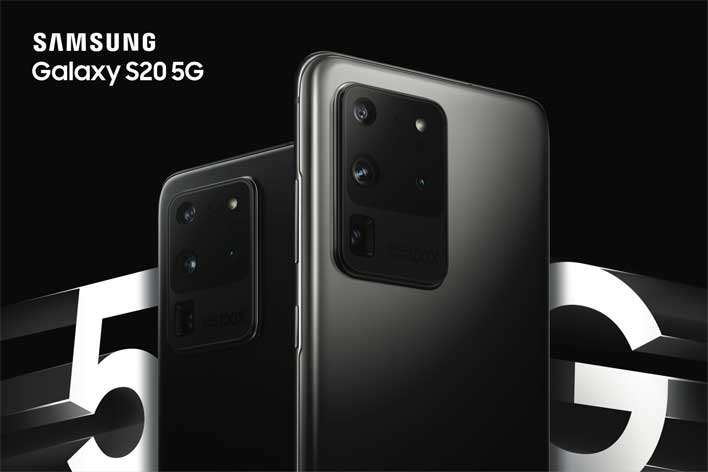 T-Mobile is giving away five free Samsung Galaxy S20 5G smartphones via a promotional contest that it's running starting on March 10th and ending on March 16th. To participate in the contest doesn't require users to make a purchase, but entrants do have to have internet access, a valid email address, and a valid phone number. While the contest is part of the T-Mobile Tuesdays, entrants don't have to have the app for T-Mobile Tuesdays installed.

Participants can enter the contest using the T-Mobile Tuesdays app, or by visiting the T-Mobile Tuesdays website if you are a T-Mobile customer. Those who aren't T-Mobile customers can participate in sweepstakes but must use what T-Mobile calls the AMOE Page. T-Mobile says that all participants have the same odds of winning no matter how they enter. Those who enter can do so a maximum of five times during the promotion period by identifying any two or more objects during a visit. Exactly how that works is unclear as the contest isn't yet live.

A maximum of five additional entries can be earned by clicking through to the Samsung Product Site, and an additional five entries can be earned during the promotion for sharing via Twitter. The total maximum entries is 15 if entrants take advantage of all methods. The winner will be chosen from a random drawing of all who enter, and the potential winner will be notified via email or through the app within approximately two business days after the drawing.

That person will have an additional two business days to claim the prize, and if they don't, a new winner will be chosen. No more than three alternate potential winners will be tried, so if three people don't respond, no one wins that device. The contest has five grand prize winners, with five people having an opportunity to win the Samsung Galaxy S20 5G smartphone in cosmic gray worth $999.

In other Samsung Galaxy S20 news, we recently saw the S20 Ultra get ripped apart, and we also learned the Galaxy S20 family are the first Samsung devices to come with a dedicated data security chip.