People around the world are staying home in massive numbers at the request of their employers, local governments, and national governments. As vast numbers of people are staying home, many of them are turning to gaming to help pass the time. Steam is seeing significant player numbers and is breaking records thanks to the coronavirus outbreak.

Steam has been shattering concurrent player records in recent days. The gaming service recently boasted 19,728,027 concurrent players, beating the record it had just set in February 2020 by nearly a million players. The service is expected to hit the 20 million mark, which will be a first. As concurrent player numbers or for the service grow overall, some games contribute more than others. 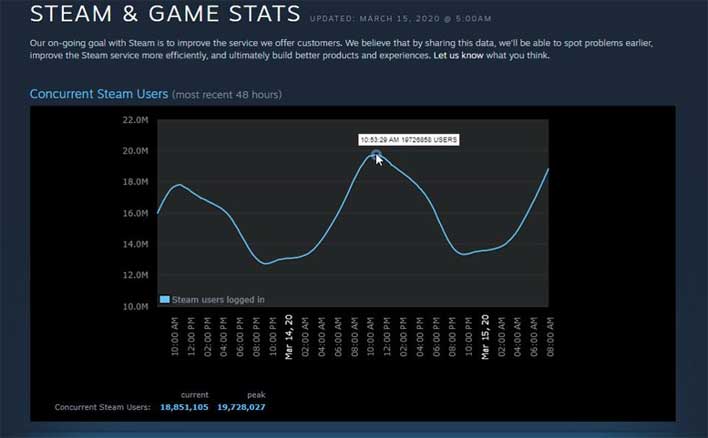 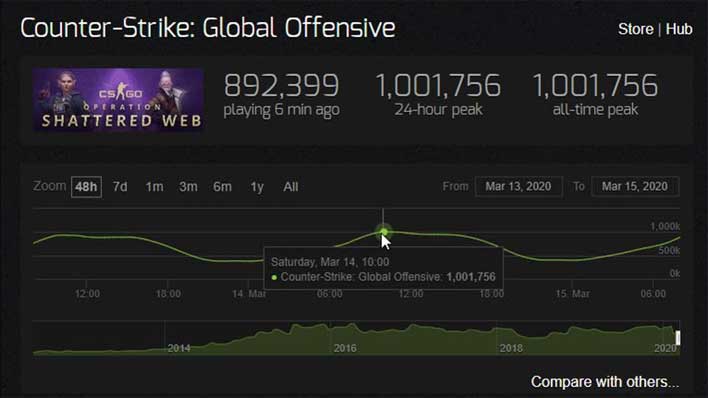 Many game publishers and companies are being forced to change to a work from home environment that is challenging and leading to delays. The Flight Simulator 2020 team had to delay an update earlier this month. The coronavirus outbreak is also seeing many major tech shows get canceled. E3 2020 was canceled recently, and Microsoft announced last week that it would host a digital Xbox event online in the wake of the cancellation. ISPs have also announced that they are doing away with data caps for many customers, which will come in handy with increased numbers of kids and adults at home playing games all day.