Catch Spectacular Views Of Jupiter During Its Closest Pass By Earth In 70 Years Tonight!

As a reminder, Jupiter's closest pass to Earth is tonight, so don't miss the opportunity to see it! It is a busy night for space as the NASA DART mission is reaching its conclusion this evening as well. Original story below...
Jupiter will be in opposition to the Sun later this month, presenting an excellent opportunity for sky gazers to catch a glimpse of the planet in the night sky. Also, Jupiter will be making its closest approach to Earth in 70 years.

Opposition occurs when an astronomical object, such as a planet, rises in the east as the Sun sets in the west. This places Jupiter and the Sun on opposite sides of the Earth. This particular time of opposition for Jupiter and the Sun will also place the mammoth planet at its closest approach to Earth in 70 years, meaning that it should present a spectacular view for those wanting to catch a glimpse of Jupiter in the night sky. This is set to occur on September 26. 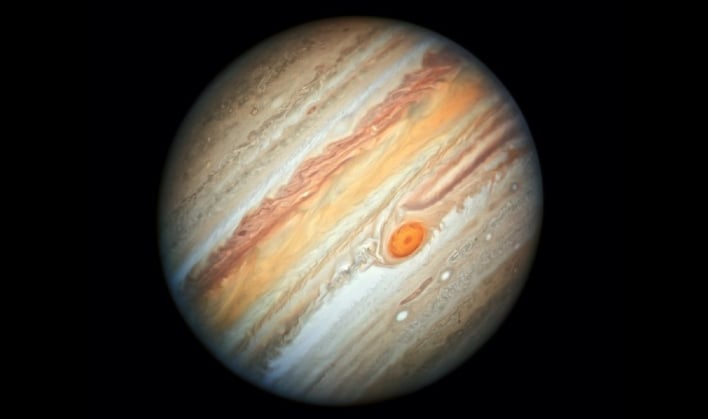 Jupiter and Earth do not maintain a constant distance as they pass one another because the planets do not orbit the Sun in perfect circles. This means that planets will pass one another throughout the year at different distances. Jupiter's closest pass to Earth rarely happens during opposition, which makes this one extra special. Jupiter will be within 365 million miles from Earth during the upcoming pass, as opposed to being about 600 million miles away at its farthest point from our home planet.

Adam Kobelski, a research astrophysicist at NASA's Marshall Space Flight Center in Huntsville, Alabama, says, "With good binoculars, the banding (at least the central band) and three or four of the Galilean satellites (moons) should be visible." He continued, "It's important to remember that Galileo observed these moons with 17th century optics. One of the key needs will be a stable mount for whatever system you use."


If you are wanting to catch a glimpse of the planet's Giant Red Spot, Kobelski says you will need a larger telescope. He says a 4-inch-or-larger telescope and some filters in the green to blue range will make the visibility of these features stand out more. Also, the best viewing experience should be at the highest elevation possible, in a dark and dry area. Jupiter should be the second brightest object in the night sky on September 26, with only the Moon being brighter.