People around the world were privy to a gorgeous Harvest Moon over the weekend. Unlike other full moons, the Harvest full Moon rises into the night sky around the same time for several evenings in a row.

The Moon has been in the headlines in the recent weeks, as NASA has unsuccessfully attempted to launch its first Artemis mission. However, it is the golden aura of the Harvest Moon that enamored sky watchers this weekend. This particular full Moon has been the source of light that gives additional time in the evenings for farmers trying to gather all their crops, before the first fall frost arrives. Typically the Harvest Moon is associated with September's full Moon, as it is this year, but if October's full Moon lands closer to the equinox than September's, then it takes on the "Harvest Moon" name. When this occurs, September's full Moon is referred to as the Corn Moon.


For those who were fortunate enough to view the Harvest Moon this weekend, you probably noticed it first on Friday, September 9th, just after sunset. It reached its peak in the early morning hours of Saturday, around 5:58 a.m. EST, just before drifting out of view below the horizon. 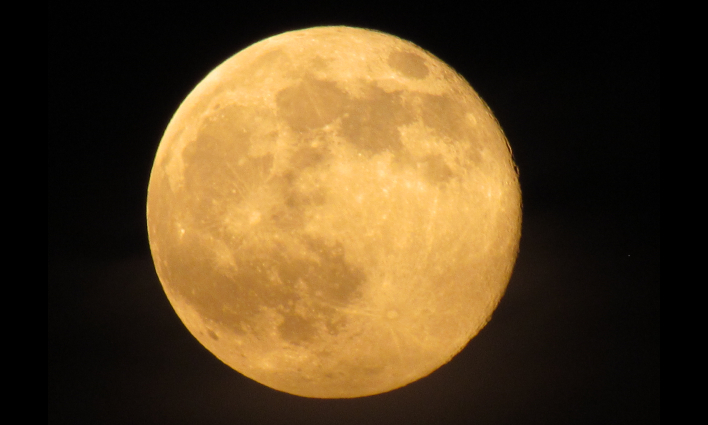 The Farmer's Almanac gives a few other names for September's full Moon, all highlighting how the month is the transitional period between summer and fall. The additional names include:

Did you capture any images of this year's Harvest Moon? How about a Harvest Moon from years gone by? If so, we would love to see them. Share them with all of us in the comments below!