In a filing with the Federal Communications Commissions (FCC), SpaceX outlined flight plans for its Starship spacecraft, which will soon commence its first orbital test flight. If all goes to plan, it will be around a 90-minute mission, with the Starship blasting off from SpaceX's Starbase facility in Texas and later splashdown in the Pacific Ocean off the coast of Hawaii.
There will not be any passengers on board during the test flight. As laid out to the FCC, the booster stage will separate around 170 seconds after the rocket blasts off, and perform a partial return, landing in the Gulf of Mexico around 20 miles removed from shore. The Starship will continue flying between the Florida Straits, achieving orbit until a targeted land in the water, around 62 miles off the coast of Kauai. 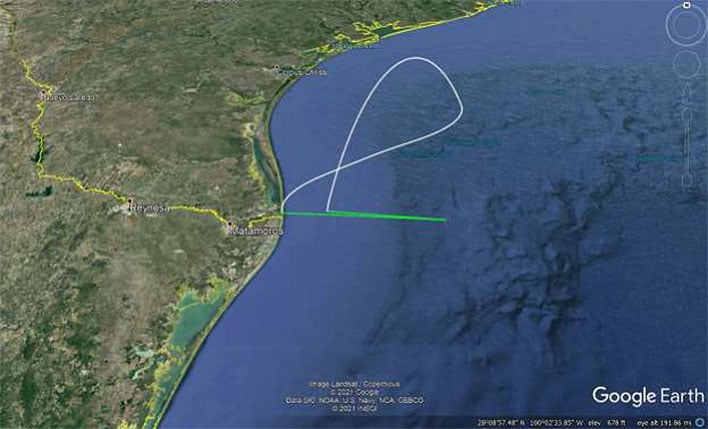 "SpaceX intends to collect as much data as possible during flight to quantify entry dynamics and better understand what the vehicle experiences in a flight regime that is extremely difficult to accurately predict or replicate computationally. This data will anchor any changes in vehicle design or CONOPs after the first flight and build better models for us to use in our internal simulations," SpaceX stated in its FCC filing.
SpaceX's Starship is made of stainless steel and stands 394 feet tall with the 'Super Heavy' rocket attached, and 160 feet by itself. It is being pitched as the world's most powerful launch vehicle ever developed. According to SpaceX, it is capable of carrying in excess of 100 metric tons to Earth orbit, including both crew and cargo. 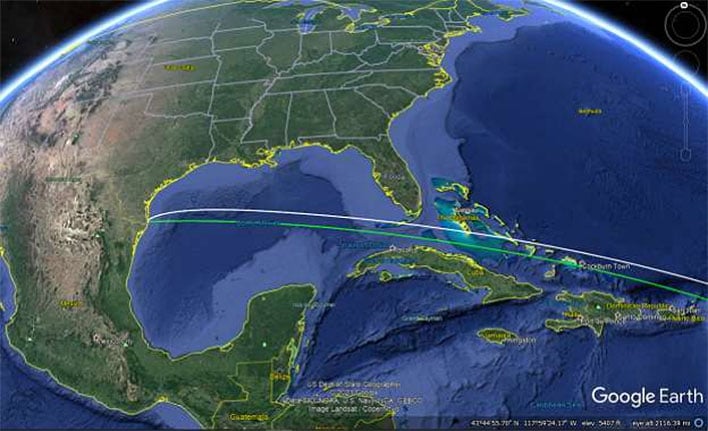 One of the potential uses is to send satellites into space at a lower cost than SpaceX's Falcon rocket.
"Starship is designed to deliver satellites further and at a lower marginal cost per launch than our current Falcon vehicles. With a payload compartment larger than any fairing currently in operation or development, Starship creates possibilities for new missions, including space telescopes even larger than the James Webb," SpaceX explains.
SpaceX also envisions its fully reusable transportation system as eventually carrying both crew and cargo on interplanetary flights, enabling a return to the Moon and traveling to Mars and beyond. There is plenty of Starship testing to be done before any of that becomes a reality, though. To that end, Starship completed its first successful launch this week, shooting up around 32,800 feet before landing back on Earth.