Sony is making a big to-do about its "Ready for PlayStation 5" lineup of big screen Bravia TVs. The new designation applies to certain models that Sony has deemed as being, well, ready for its upcoming PS5 console, which will make its debut later this year (holiday 2020). But what does the additional branding really mean?
Part of it is a clever marketing play. Sony likely figures that a Ready for PlayStation 5 badge will make PS5 owners more inclined to purchase one of its Bravia TV sets, on the assumption that they were designed an built with the game console in mind.
"The new 'Ready for PlayStation 5' tagline has been created in partnership with Sony Interactive Entertainment (SIE) to make it easier for consumers to select the optimum TV in preparation for the highly anticipated launch of the PlayStation 5 (PS5), the next-generation game console releasing this holiday season," Sony explains. 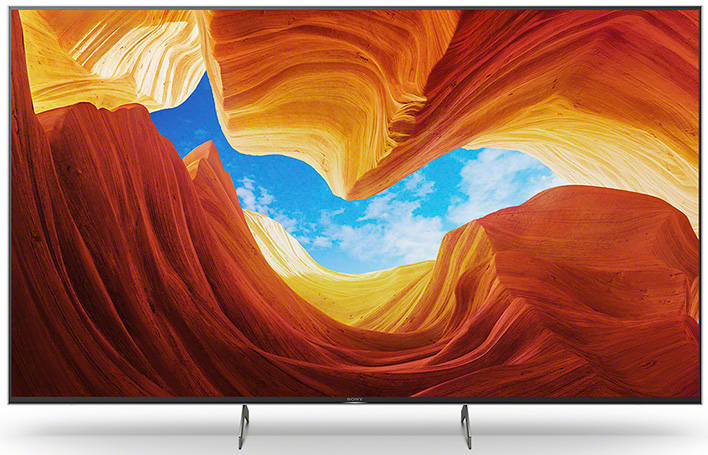 Key to this program is supporting 4K gameplay at 120 frames per second, which is something Sony will officially add by way of a future firmware update. It's also touting low input lag—rated at 7.2ms, as measured from an X900H/X90H model at 4K and 120 fps, according to the fine print.
Many modern TVs have begun shipping with a Game Mode, which lowers the lag when gaming. According to Sony, its TVs that qualify for the Ready for PlayStation 5 badge will automatically enable this mode when playing games on the console. This will also allow players to wake the TV and PS5 at the same time with the DualSense wireless controller.
What about Sony's other TVs that are not part of the program, like its OLED models? The inability to hit 120Hz at 4K holds them back from included. This comes by way of HDMI 2.1 support. In that regard, Sony kind of shoots itself in the foot, by inadvertently highlighting limitations of many of its existing models.
Not all games will support 120 fps, and if you just bought a TV, we wouldn't suggest dumping it. However, this does highlight that when shopping for a new TV, it's a good idea to look at all the specs, not just the resolution.