Although Sony still isn't spilling the beans [yet] on the design of its upcoming next-generation PlayStation 5 game console, the company is being rather forthcoming about one of its most important accessories: its wireless controller. In this case, Sony has unveiled DualSense, which is a radical departure in design from past PlayStation game controllers.

The controller looks bigger all around, with a more ergonomic fit that would make easer to grasp with your hands; this definitely isn't your father's PlayStation controller. "DualSense has been tested by a wide range of gamers with a variety of hand sizes, in order for us to achieve the comfort level we wanted, with great ergonomics," writes Hideaki Nishino, Sony PlayStation Senior Vice President of Platform Planning & Management.

"Our goal with DualSense is to give gamers the feeling of being transported into the game world as soon as they open the box. We want gamers to feel like the controller is an extension of themselves when they’re playing – so much so that they forget that it’s even in their hands!" 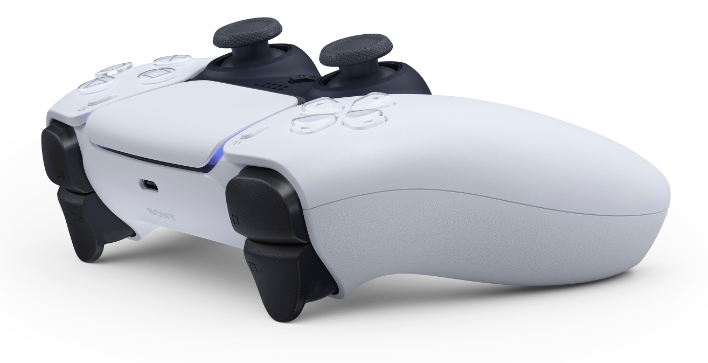 While previous DualShock controller have typically stayed with a single color for their design, Sony has switched things up with a dual-color scheme on DualSense. White dominates the grips and top portion of the controller, while you'll find contrasting black down around the thumb sticks and on the trigger buttons. The light bar has also been redesigned for some "extra pop", and is situated on either side of the touchpad.

Getting down to actual hardware inside the DualSense, this is the first time that Sony has integrated a microphone into its game controller, and it can now be recharged via USB-C. Sony has previously talked up the adaptive triggers on its DualSense controller, and it's been specified that they're incorporated into L2 and R2. They can provide a sense of tension, as when drawing a bow Sony notes. These sensations can be configured on a per-game basis. The old, imprecise rumble technology has also been replaced with haptic feedback. Finally, a new "Create" button will provide gamers with "new ways for players to create epic gameplay content to share with the world, or just to enjoy for themselves."

So, tell us in the comments section below what you think of Sony's new DualSense PS5 controller...